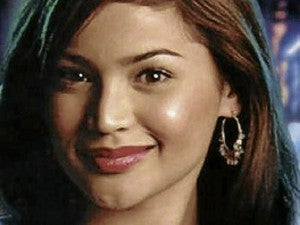 Paid endorsers like Anne Curtis still hold some sway in buying decisions. But according to the survey by research firm Effective Measure, Filipinos still mostly rely on people they know and trust when choosing brands of detergent, shampoo and other consumer goods.

MANILA, Philippines—They are paid millions as product endorsers, but Philippine celebrities are no match for family members and close friends in influencing consumer behavior and buying patterns on the Internet, a new survey has shown.

But according to the survey by research firm Effective Measure, Filipinos still mostly rely on people they know and trust or their own research when choosing brands of detergent, shampoo and other consumer goods.

Interactions on Facebook, Twitter and other social media sites “between people that trust each other” were the easiest way to get consumers to make decisions, said Maria Java, country managing director of Effective Measure.

The company conducted the survey for the local Digital Measurements Board (DMB), which wanted to determine the effect of social media on consumers.

“The top influencers were friends and family,” Java said in a briefing on Wednesday.

The survey showed 71 percent of respondents to the online survey received help from family members and close friends in deciding what products to buy.

About 45 percent cited subject matter experts, while 44 percent said they were swayed at least once by celebrity endorsers.

Java said the results showed that to get good exposure on popular social media sites, a company’s products need to deserve the praise.

“A satisfied customer is your best advocate,” she said.

Of the people who went online to learn more about certain products, 83 percent said they were influenced by the activity of their peers through social ads, particularly on Facebook, she said.

Social ads work by showing Facebook users which brand pages were “Liked” by other people they knew. In theory, this helps marketers target their audiences better because Facebook users were likely to have the same interests as their friends on the network.

She said those findings showed that consumers no longer relied on basic “banner” advertisements and needed more convincing before buying products.

The number of Facebook “likes” that certain brands had, often gained through online contests or promos, was no longer a reliable measure of a company’s popularity, she said.

“How much is a ‘like’ worth? Nothing, unless you know what to do afterward,” she said, adding that companies need to take advantage of social media by creating online communities where they can interact with customers to get feedback on products.

The survey—designed for marketing executives, advertisers, and media professionals—was the first of the kind by Effective Measure for the Philippine market. Respondents were randomly chosen visitors to local websites.

Java said there were currently 32 million to 35 million Filipinos with access to the Web today. About 53 percent of those were female. A significant portion—51.52 percent—were between ages 25 and 44, defined as people who had “access to income.”

Seven in 10 respondents said they had used social media sites in the last month, while 53 percent said they had the ability to make online purchases. Java said this meant that most users either had credit cards or other e-commerce accounts such as mobile wallet services offered by local telcos.

She said this was a significant feat for a market “where the ‘unbankables’ (those without access to formal banking services) are still a big chunk of the total population.”