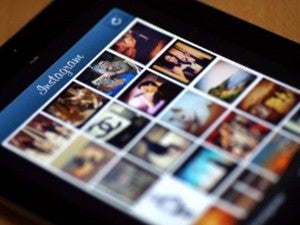 SAN FRANCISCO – A lawsuit filed here seeks to stop Instagram from changing its terms of service, saying the Facebook-owned smartphone photo-sharing service is breaching its contract with users.

The lawsuit filed Friday by Southern California-based law firm of Finkelstein and Krinsk claimed class action status and called on the federal court to bar Instagram from changing its rules.

“Instagram is taking its customers property rights while insulating itself from all liability,” the law firm said in the suit, which also demanded that the service pay its legal fees.

“In short, Instagram declares that ‘possession is nine-tenths of the law and if you don’t like it, you can’t stop us,'” the complaint said.

Instagram last week tried to calm a user rebellion by apparently backing off the changes, due to come into effect from January.

“I want to be really clear: Instagram has no intention of selling your photos, and we never did. We don’t own your photos, you do,” Instagram co-founder and chief Kevin Systrom said in a blog post.

But the class action lawsuit, filed in a district court in San Francisco, alleges that customers canceling with Instagram will still forfeit their rights to any photos that they had previously shared on the service.

“The purported concessions by Instagram in its press release and final version of the new terms were nothing more than a public relations campaign to address public discontent,” the complaint said.

Tens of thousands of Instagram users in the state of California are eligible to join the class action lawsuit.