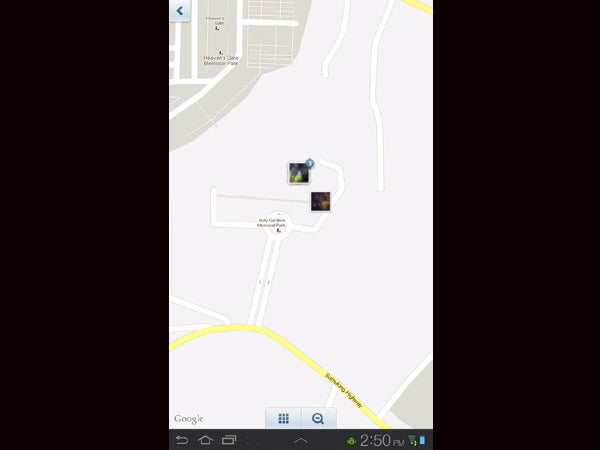 MANILA, Philippines – It could have been an upsetting start of 2013 for Ariane Gonzaga who left behind some of her personal effects inside a cab. But thanks to technology and a mistake by the user, Gonzaga recovered them in no time.

It happened at around 5 a.m. on New Year’s Eve when Gonzaga and a friend boarded a taxi for home after attending a birthday party along Tomas Morato, Gonzaga said.

She said she had with her four bags, including a pouch that had her cellphone, iPod touch, ID, wallet, contact lenses, cigarettes, lighter, among others.

Gonzaga, who said she was then “tipsy, dark, and sleepy,” decided to take out her phone from the pouch and put it in her pocket instead for easier access.

“It kinda took my mind off my pouch the whole evening,” she said, which caused her to leave her pouch inside the cab. Gonzaga said she was home when she realized that her pouch was missing.

While all of her items were important to her, what she dreaded most was losing her company ID which has a security pass and paying $350.

“Maybe they don’t know how to use Instagram,” she added, particularly its Photo Map feature which basically tags the location where you took a particular photo.

She said her Facebook friends then started sharing the photo on their own pages.

“That was how it struck me: HEY I COULD FIND MY STUFF THROUGH POSTING THEIR FACES ONLINE! somebody might recognize them!!!,” Gonzaga said in her post, as she, along with some friends, shifted to “investigation mode.”

She said they took a screen shot of the place where the photo was tagged, which pointed them to a “congested place somewhere in Holy Gardens, Antipolo.”

“Thank God for technology . . . people started advising me to go to the police . . . well , me, I JUST WANT MY ID BACK, I would want to settle this in the most peaceful way. Because the police and all might scare them [whoever has my stuff] and make them hide further,” Gonzaga said.

“I also have not much time because need to process my affidavit of loss. Coming to work is my priority of course,” she added.

Gonzaga’s friend, EJ, took the initiative to go to the area on January 2.

EJ asked the assistance of village officials and showed them the photo as they might be familiar with the two girls. Eventually, other residents recognized the two and pointed them to a nearby village.

“EJ went to the nearby barangay and again, talked to their chairman, who personally recognized the girl as one of his residents,” she said.

One of the girls was later identified as “Sara,” the best friend of the taxi driver’s daughter, who dropped by her friends’ house on New Year’s Eve and played around with the newfound iPod Touch.

“EJ got to meet ‘Sara’ and the Mr. Taxi Driver himself [who was obviously drunk that time btw (by the way)] . . . he [EJ] had calmly asked for my stuff, most importantly my ID. . . he gave them in a hurried manner,” Gonzaga said, but added that the cash she had in her wallet was missing.

She had P5,000 in her wallet when she left it in the taxi, Gonzaga claimed, adding that all her photos on her iPod Touch had been erased, and new applications have been installed, giving her the hint that the taxi driver didn’t have the intention to return her things.

“I admit it was neglect on my part. I was just amazed at how I was able to recover my stuff through a single post from my Instagram. Normally, these stuff would just be a regular loss, or if honest yung people they will give it back,” Gonzaga said.