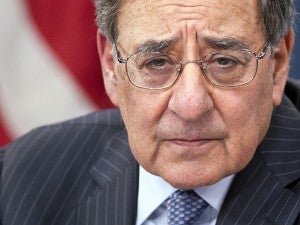 Defense Secretary Leon Panetta participates in a news conference at the Pentagon, Thursday, Jan. 24, 2013, where he announced he is lifting a ban on women serving in combat. AP/Cliff Owen

WASHINGTON – The US Department of Defense has approved a fivefold expansion of its cybersecurity force over the coming years in a bid to increase its ability to defend critical computer networks, The Washington Post reported late Sunday.

Citing unnamed US officials, the newspaper said the Defense Department’s Cyber Command, which currently has a staff of about 900, will expand to about 4,900 troops and civilians.

The decision to expand the Cyber Command was made by senior Pentagon officials late last year in recognition of a growing threat in cyberspace, the report said.

“We’ve got good people that are involved in it, but, very frankly, if we’re going to stay on the cutting edge of what’s happening with regards to the changes that are occurring, we have got to invest more in that area,” he said during a speech in Washington hosted by the Center for a New American Security.

The seriousness of the threat has been underscored by a string of sabotage attacks, including one in which a virus was used to wipe data from more than 30,000 computers at a Saudi Arabian state oil company last summer, The Post pointed out.

According to the paper, the plan calls for the creation of three types of forces under the Cyber Command.

Meanwhile, the task of “cyber protection forces” will be to shield the Defense Department’s own networks, the paper noted.