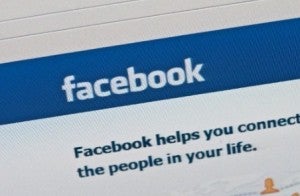 NEW YORK — The world’s biggest social networking company is getting ready to unveil a new version of News Feed, the flow of status updates, photos and advertisements that Facebook users see on the site.

Facebook Inc. is hosting an event Thursday to show off “a new look for News Feed.” It will be Facebook’s second staged event at its headquarters since the company’s May initial public offering. The company unveiled a search feature at the first one in January.

Facebook users often complain about changes to the site, whether it’s cosmetic tweaks or the overhaul of privacy settings.

The event comes a month after a Pew study reported that many Facebook users take a break from the site for weeks at a time. The report, from the Pew Research Center’s Internet and American Life Project, found that some 61 percent of Facebook users had taken a hiatus for reasons that range from boredom to too much irrelevant information.

Overall, though, Facebook’s user base is growing, especially on mobile devices. At last count, it had 1.06 billion active monthly accounts. The number of people who access Facebook daily is also on the rise.