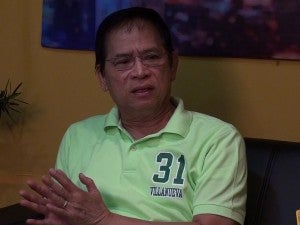 If netizens are to be believed, Bro. Eddie Villanueva, Grace Poe, Bam Aquino, Chiz Escudero, Risa Hontiveros and Sonny Angara should win in the senatorial race in the May 13 elections.

That’s because these candidates generated the most positive mentions on social networking sites such as Facebook and Twitter, according to an upstart risk mitigation and crisis-management company.

According to data culled by C18 Research and analyzed by Astrolabe, these candidates were perceived positively by Filipinos of voting age both here and abroad as evidenced by postings on social networking sites.

The responses that were not hidden behind firewalls or data protection were tracked from Feb. 7, before the start of the campaign period for senators and party-list candidates on Feb. 12, until April 30. The research noted 183,000 mentions or conversations on the elections.  From Feb. 7 to  April 1, a total of 9,326 mentions that reflected positive mentions of the candidates were coded and became the basis for the Top 12 listing.

Astrolabe data also showed that these candidates likewise generated the most negative comments, but to a lesser degree.

Senatorial candidates Nancy Binay and Jack Enrile, however, appeared on the list of candidates with the most negative mentions on social media.

Astrolabe Head Strategist Amor L. Maclang said in a briefing on Friday in Makati City that it was not surprising for these candidates to appear on both the positive and negative lists since they have the most supporters as well as dissenters.

Maclang said, however, that while these candidates were seen in a generally positive light, there remained risks and vulnerabilities that could cost them the election.

Villanueva, for example, is said to be using God or religion to solicit support for his political bid, which turns off some potential voters. Grace Poe, meanwhile, has been criticized for her lack of experience and her riding on the popularity of her late father, Fernando Poe Jr.