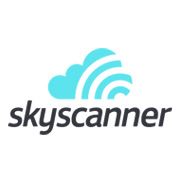 A total of 1,000 Filipino travelers were asked which in-flight add-ons they would pay extra for. While in-flight WiFi is in demand, less than 40 percent would pay for newspapers or magazines to keep abreast of news during their flight.

Janet Ranola, Skyscanner Philippines Manager says, “This is not surprising as more and more Filipinos purchase smartphones and WIFI-ready gadgets that result in increased demand for WIFI access. The Pinoy habit of documenting and sharing their travel photos reinforced this need.”

With some airlines such as Emirates now offering live TV onboard, travelers were asked if they would be prepared to pay for such a service. Only 36 percent would pay to access live television, but demand for movies is more popular with 46 percent. Video games also proved popular with a quarter of passengers prepared to pay extra to keep themselves entertained with in-flight consoles.

When it comes to in-flight comfort, 46 percent would pay for extra legroom, while almost half (48 percent) would pay extra to sit in a two-person row of seats.

Delving deeper into the research, the findings show that women are prepared to pay more in almost every category—except food. As expected, younger travelers were keener to pay for additional items across the board than their older counterparts, with 60 percent of 18-24 year-olds prepared to pay for WiFi and 40 percent for movies compared to only 30 percent and 27 percent of over-55s, respectively.