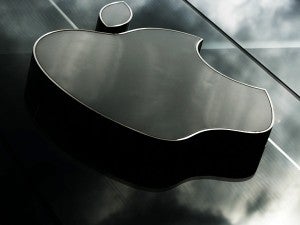 NEW YORK— Apple squares off with the US government in court Monday in a trial accusing the iconic tech firm of leading a conspiracy to boost the price of ebooks.

The California technology giant is on its own in its fight against the US Justice Department, after five large publishers named in the 2012 lawsuit settled the charges.

US antitrust watchdogs argue Apple orchestrated a collusive shakeup of the electronic book business in early 2010 that resulted in higher prices.

The New York trial is expected to last three weeks, and comes with Apple under pressure for its slumping share price, eroding market share for its iPhones and iPads and accusations in Congress it avoided billions in taxes.

Five publishers named as defendants reached settlements in which they agreed to terminate their ebook agreements with Apple.

The largest settlement was with Penguin for $75 million, while a settlement with Hachette, Harper Collins and Simon & Schuster created a $69 million fund for refunds to consumers. Macmillan settled for $26 million.

Apple chief executive Tim Cook has rejected the idea of a settlement because it would call for the company to sign an admission of wrongdoing.

“We didn’t do anything wrong there,” Cook told a recent California conference. “We’re going to fight.”

The government’s case centers on a period when Amazon dominated the ebook business, selling most bestseller titles for $9.99. Leaders of the major publishing houses held “CEOs dinners” in “private rooms at upscale restaurants” at which they discussed the threat from Amazon.

Into this environment stepped Apple, which was readying the launch of its iPad. Rather than following the Amazon “wholesale” pricing model in which the retailer sets the price, Apple favored the so-called “agency model” where the publishers set the price and the seller— in this case Apple— received a 30 percent commission.

Apple throughout the negotiations informed the publishers of the status of its dealings with other publishers. Apple was the “ringmaster” of the “conspiracy,” the complaint alleges.

The government is expected to use emails and comments from the late Apple CEO Steve Jobs, which indicated that as part of a deal to force a new pricing model, publishers should “hold back your books from Amazon.”

“The sharply higher prices consumers have paid… are the direct, quantifiable result of defendants’ conspiracy,” the government said.

Apple dismisses the “conspiracy” charge and said its negotiations with the publishers were “difficult and contentious.”

Apple acknowledged that it did inform publishers about its talks with other firms, but characterized this as a “standard negotiation tactic.”