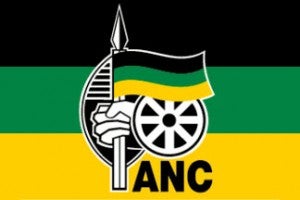 JOHANNESBURG—South Africa’s ruling African National Congress on Friday said its website had been hacked by Zimbabwean activists claiming a link to the global “hacktivist” group Anonymous.

“Someone calling themselves Anonymous and claiming to be the legitimate representative of the people of Zimbabwe has flooded the website of our organization,” the ANC said in a statement.

The denial of service attack — which floods a website with so many data requests that it crashes — appeared to still be in effect at 09:30 GMT.

“Our website management team is currently working on the problem, including assessing means to strengthen our security so that such does not recur in future,” said spokesman Jackson Mthembu.

Anonymous is a loosely organized group that has been blamed for attacks on the FBI, Visa, MasterCard, the Kremlin, global intelligence firm Stratfor and Sony Pictures Entertainment among others.

The latest hacking attack appears to be linked to South Africa’s stance on the ongoing political crisis in neighboring Zimbabwe.

The South African government has been criticized for its perceived failure to take a hard line on Zimbabwean President Robert Mugabe, the leader of a fellow liberation movement.

Mugabe on Thursday plunged Zimbabwe back into political crisis by unilaterally announcing elections will be held on July 31.

His political rival Prime Minister Morgan Tsvangirai vowed to fight the decision, arguing Mugabe wants to avoid reforms and press ahead with a flawed poll to extend his 33 year rule.

The hack also came on the eve of a summit of regional leaders that will decide a response to Mugabe’s gambit.

The ANC on Friday defended its role in easing political violence in Zimbabwe, pointing to the establishment of a power sharing government and the passing of a new constitution.

The ANC vowed to “continue to work with the government and people of Zimbabwe to assist them find their own lasting solution to the challenges facing that country.”