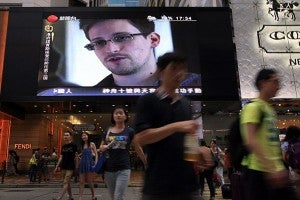 The Indian embassy in Moscow had received a request for asylum from Snowden, ministry spokesman Syed Akbaruddin told reporters.

He said India carefully examined the request and decided to turn it down.

The government has “concluded that we see no reason to accede to that request,” he said.

“We have given asylums in the past but we are not an open house for asylums since we have a careful and objective policy,” he said in Brunei, where he is attending a regional security forum.

India has not ratified a 1951 international convention on refugees and has no regular procedure for granting asylum to people fleeing persecution.

The anti-secrecy group WikiLeaks has said that Snowden has applied to more than 20 countries for asylum, including India and China.

Snowden has been on the run since he exposed highly secret National Security Agency surveillance programs. He is believed to be staying in the transit area of Moscow’s airport since arriving there from Hong Kong on June 23.