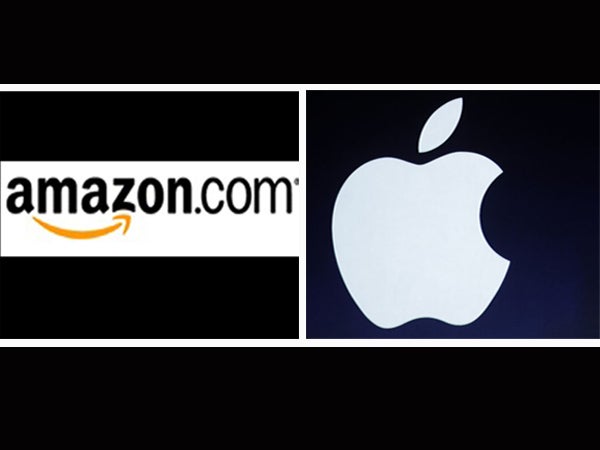 SAN FRANCISCO—Apple dropped its lawsuit Tuesday against rival Amazon for using the term “Appstore” for its online shop for mobile gadget applications.

“With more than 900,000 apps and 50 billion downloads, customers know where they can purchase their favorite apps,” an Apple statement said.

“We no longer see a need to pursue our case against Amazon.”

An Amazon statement said: “We’re gratified that the court has conclusively dismissed this case. We look forward to continuing our focus on delivering the best possible Appstore experience to customers and developers.”

A court order dismissing the case was signed Tuesday in US federal court in northern California, where Apple had filed the suit in 2011.

The suit had claimed that Amazon’s use of Appstore infringed Apple’s rights for its App Store, where it sells mobile applications for its iPad and iPhone.

Earlier this year, US District Judge Phyllis Hamilton ruled that Apple had failed to establish that Amazon made any false statement or had deceived customers.

Apple in 2008 launched its App Store, while Amazon opened its online marketplace in 2011 for its Android-powered Kindle tablets

TOPICS: Amazon, Apple, Court, Internet, IT, telecom, trademark, US
Read Next
US ‘deeply concerned’ by Singapore Internet rules
EDITORS' PICK
More Cebu schools are now powered by Smart
52 new COVID-19 cases: Baguio’s single day record so far
Water remains our saving grace right now
Comelec exploring possibility of holding 2022 elections for 2-3 days
Gabby’s resignation from ABS-CBN paves way for next generation Lopezes to take up new challenge
What’s happening to the ICT Industry and its role in helping businesses today
MOST READ
ABS-CBN chairman Gabby Lopez resigns from network, other Lopez-owned firms
US Congress bill seeks to halt assistance to PH police, military
Suspension of US security aid to PH ‘not only our loss but theirs as well’ — Lacson
J-pop superstars Arashi talk about working with Bruno Mars
Don't miss out on the latest news and information.