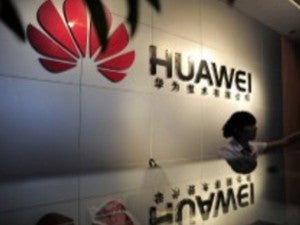 MANILA, Philippines  — Finding out about the latest allegations of espionage against the Chinese telecommunications company Huawei Technologies Co. has prompted the Department of Education to reconsider its acceptance of a “cloud-based” computer network system donated by the company to the department recently.

DepEd formally accepted Huawei’s donation of 50 computer units operating on a “cloud-based” virtual desktop infrastructure system last July 26 when Education Secretary Br. Armin Luistro signed an agreement with Huawei Philippines executives. The system was to be installed at the DepEd’s main office within the month.

(“Cloud” is another term for the Internet and cloud-computing, which simply means that one stores information in the Internet instead of in the hard drive of a computer.)

DepEd was unaware, however, that a week before the signing of the agreement, a former head of the US Central Intelligence Agency, Michael Hayden, told the Australian Financial Review that Huawei had spied for the Chinese government.

“No, we were not aware of this allegation when we signed the MOA with them and accepted their donation,” Education Undersecretary Mario Deriquito said Friday night when asked for comment. “We consider this a serious matter. We will look into this and study the matter very well before we do anything.”

“We will study this and decide on a course of action before installation is completed,” added Deriquito, the DepEd official in charge of partnerships and external linkages.

Hayden, a former general who also served as head of the National Security Agency, said US intelligence agencies had hard evidence that Huawei had supplied sensitive information to Chinese officials.

Hayden’s comments in the Australian Financial Review were carried by other major media organizations, along with Huawei’s official denial of the allegation. International news media have reported that Huawei had been banned by the US and Australian governments from helping build their national broadband networks for national security considerations.

The UK government announced in July that it would review Huawei’s cybersecurity arrangements after the British Parliament’s Intelligence and Security Committee announced that the nation had become vulnerable to cyberattacks and state-sponsored spying by allowing Huawei to operate in the nation’s telecommunications industry.

She said all the computers and equipment were delivered from China.

“We are finishing the (installation of) all the computers and the system. After we have finished, we will arrange some trainors and engineers to help train the professionals here in the DepEd,” Zhao said.

She said that if the system worked “in the future we may incorporate more.”