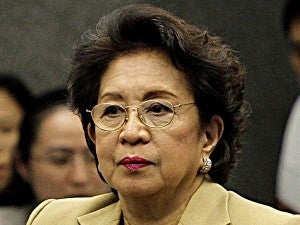 An online petition urging the Ombudsman to investigate the P10-billion pork barrel scam gained more than 7,000 signatures in less than 48 hours, debunking the perception that the public has grown cynical about corruption in the government.

The continued support for the petition among netizens seems to indicate outrage with an objective: Punish those responsible for the diversion of public funds intended for hospitals, schools, farmers, roads and projects that should help poor Filipinos.

“Even the devil would be shamed by the gall and impunity of these crocodiles. It’s time we show once again the true power of the people,” petitioner Moenil Lapa of Cebu City wrote.

“PDAF (Priority Development Assistance Fund) is gravely misused by those who are in public service. Absolutely no more doubts about it. Please DONT ever close your eyes on this fact,” wrote petitioner Teresa Herrmann of Virac town, Catanduanes province.

Posted three days ago, the petition (http://www.change.org/ProbePDAFScam) is an initiative of the Former Senior Government Officials (FSGO) of the Philippines.

The petition is addressed to Ombudsman Conchita Carpio Morales.

“Whatever problems it was meant to address, the PDAF has proven itself a cure more destructive than the disease,” the petition said.

“No benefit can possibly justify the crimes it has spawned and the systematic corruption of public institutions and officials it has promoted,” it said.

The petition was an offshoot of the Inquirer series of reports on the National Bureau of Investigation’s probe of the alleged diversion of P10 billion in lawmakers’ pork to bogus NGOs allegedly controlled by businesswoman Janet Lim-Napoles.

The alleged scam was bared in signed affidavits submitted to the NBI by six former employees of  Napoles who turned whistle-blowers.

It has also inspired bloggers to dissect the scandal and post their own analyses. But some bloggers prefer to remain anonymous, raising questions about their objective.

Most of those who signed the petition have posted their names and addresses.

“For this country to move forward, we can’t keep turning a blind eye to corruption like this. It is absolutely revolting. What a joke our government has become,” JB Macatulad of Quezon City wrote.

“I pay my taxes even if my income is often not enough for my family’s needs and I know there are those more disadvantaged than I am. The misuse of the PDAF negates trust in the government for law-abiding citizens like me,” Daphne Padilla of Davao City said.

Sabrina Gayo of Makati City cited one reason for signing the petition, “I want these corrupt officials kicked out of the government.”