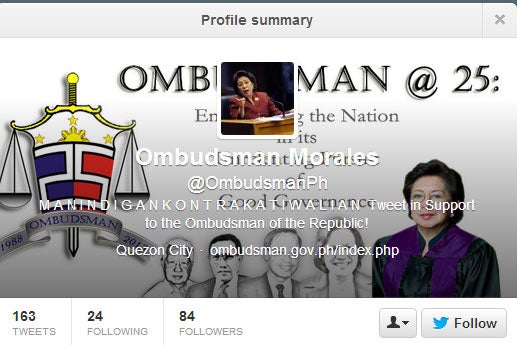 The account of a certain “Ombudsman Morales,” @OmbudsmanPh, bearing a picture of Ombudsman Conchita Carpio-Morales appeared in Twitter a few days ago.

The account has been actively posting tweets and replies to Twitter users. It has attracted 84 “followers” as of Friday.

“Thank You for The Trust and Support with the Office of The Ombudsman in Unrelenting pursuit of Good Governance #ManindiganKontraKatiwalia,” says one of the messages.