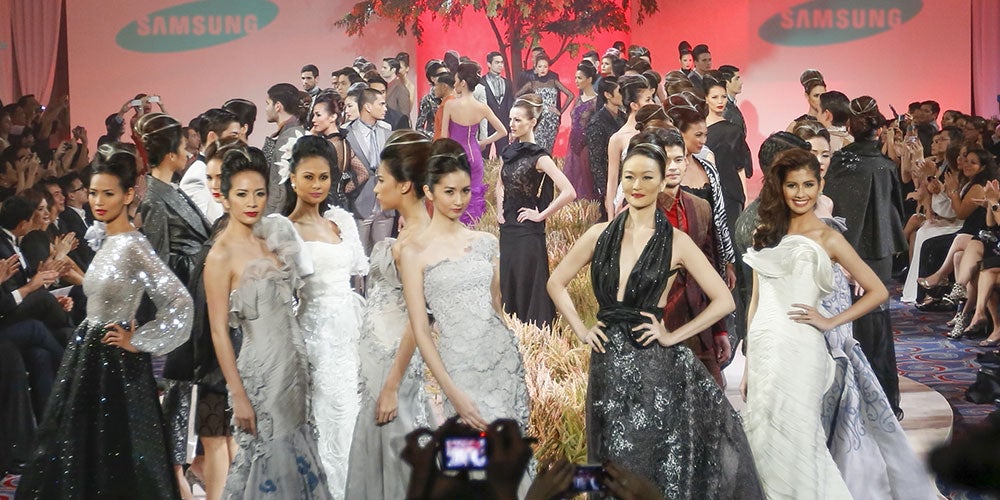 MANILA, Philippines—First came the smartphone revolution in which devices used in the past mainly for voice calls turned into all-around communication gadgets.

They help users browse the Internet, send and receive e-mail, and even tell the weather.

But the smartphone market has become increasingly saturated, with manufacturers of every stripe and color—as well as software developers—trying to outdo one another with the latest models or the most innovative apps.

Because of this, many industry watchers agree that the next big thing in this field would be “wearable technology.”

And what could be more wearable than a piece of time-telling technology or something that people have been wearing for hundreds of years?

Enter Samsung’s latest product and its first foray into the smartwatch market: the Galaxy Gear.

It is a smartphone that can make hands-free calls, take pictures, control your phone and do a host of other cool things on top of telling time—all in a package shrunk down to fit around one’s wrist.

“It provides what we call ‘smart freedom’ by allowing users to choose how, why, when and where they are connected.”

Basically, a smartwatch like the Galaxy Gear is meant to help its wearer multitask better.

It notifies the user of incoming activity on the paired smartphone—in Samsung’s case, its new Galaxy Note 3, launched locally last week—such as calls, text messages, e-mail and alerts, and delivers a preview of those messages.

More importantly, the Galaxy Gear allows its users to accept or discreetly ignore those messages.

“When an incoming message requires more than a quick glance, users can simply pick up their Samsung Galaxy devices and [another] feature will instantly reveal the full content on the screen,” the company said.

Wearable technology has been around for years, and other manufacturers have launched smartwatches or less capable variants in recent years.

But thanks to its strong research and development efforts, coupled with a massive marketing budget, the Korean electronics behemoth became, for all intents and purposes, the “first mover” in the global smartwatch space.

And the fact that Samsung now has the so-called “first mover advantage” is no laughing matter, given predictions by industry watchers that the market for wearable technology will grow exponentially over the next few years, as smartphone sales plateau.

One study by international tech market watcher Generator Research estimated that revenue from the sale of smartwatches would grow from today’s negligible value to $62.2 billion by 2018. The same study said demand would hit 214 million units during the same period, for an average price of $290 per device.

The potential is not lost on Samsung. But pending the time when smartwatch technology is solid enough to allow the devices to stand on their own feet, the firm—based in Suwon, South Korea—made sure that the Galaxy Gear would be helped along by its newest smartphone, the Galaxy Note 3.

“We introduced the original Galaxy Note in 2011 and launched a whole new smart device category,” Sulit said. “Its success strengthened our conviction that consumers want higher-quality features for smart devices and they want those new features to make their lives better.”

According to Samsung, the latest iteration to the product line that bridges the gap between smartphone and tablet—and is, yet, small enough to fit one’s palm and pocket—is “a powerful, original approach that enables users to tell the stories of their lives through dynamic and seamless expressions of their passions across work, play and life experiences.”

The Galaxy Note 3 and the Galaxy Gear are, in fact, offered for sale as a single package for users for whom 24/7 connectivity is critical either for work or play.

And given the excitement of the tech-savvy Filipino market over wearable technology like Samsung’s, expect the competition in this sector to heat up soon.