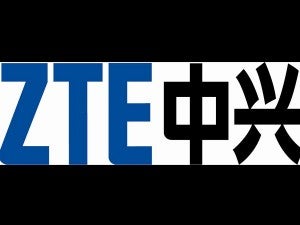 MANILA, Philippines—The local unit of ZTE Corp., the world’s fourth-largest mobile phone manufacturer, is mounting an aggressive effort to capture the lion’s share of the smartphone market in the Philippines, which was deemed as a key, strategic country by the China-based firm.

“We have strong confidence in the Philippine market,” noted James Chen, president of ZTE Philippines.

The company’s target is to be the No. 1 smartphone provider in the Philippines in three years’ time, and overtake the more popular phone brands in the country, according to Jeff Zhou Fang, managing director for ZTE Southeast Asia.

“We will capture as much as we can. We have a long way to go as we have to select the right partner and build the brand and, to be the No. 1 in this market,” Fang added.

Jimmy D. Go, president and CEO of MSI-ECS Phils. Inc., the official distributor of ZTE handsets, noted that there are opportunities that can be tapped in the domestic market with local demand for smartphones growing steadily, while the country’s smartphone penetration remained marginal at about 20 percent, as against its neighbors in the region.

The fact that the Philippines continued to lag behind its regional peers means that there is room for growth in the smartphone business. This, according to Go, could grow to as much as 50 percent as the Philippines is expected to “catch up very fast.”

Go also stressed that the quality, features and prices of the ZTE smartphones would enable the company to gain a competitive advantage.

“With our different price points, ZTE has a better edge in capturing the market. We have the right products for the Philippine market,” Go further said.

As it is, sales of ZTE phones have been averaging 5,000 units monthly in the open market, and 10,000 monthly via the local telecommunications firms like Smart and Globe, Go added.

It was only last year that ZTE phones began selling in the local “open market” via a distributorship agreement with MSI-ECS. Prior to that, ZTE mobile phones are already being retailed through bundled packages being offered by local telcos since 2007.

To capture a sizable share of the Philippine market, Go said the company is now aggressively implementing various marketing strategies to raise awareness of the product and of the brand.

“One of the most important key strategies is the marketing of our product, with its good quality, features and price points. [Second] is that we’re doing branding through various campaigns to promote and raise the image of ZTE. An example of that is ZTE’s partnership with Houston Rockets as ZTE is the official smartphone for the 2013-2014 NBA Season,” Go explained.

ZTE also launched on Wednesday four new models that will cover every price range and feature level. The ZTE Kis II-V795 and the ZTE V829 are the entry level smartphones with its simple and user-friendly interface while the ZTE V967S and the ZTE V969 will have the more advanced smartphone features.