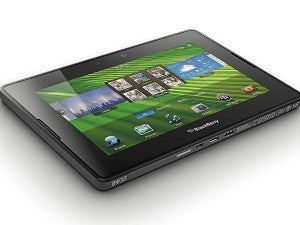 CANADIAN MOBILE device maker Research in Motion (RIM) is finally bringing the BlackBerry PlayBook tablet computer—one of the most awaited gadgets in the market today—to the Philippines.

The company last week announced that the PlayBook, which is unofficially sold by some retailers in the country, would now be available for pre-orders starting today up to Aug. 17.

The device is set to compete with other popular tablet computers such as the Apple iPad and Android-based devices like the Samsung Galaxy Tab, Asus Transformer and Acer Iconia.

The new seven-inch-screen BlackBerry features an “ultra-portable design and delivers industry leading performance, and an uncompromised web browsing with support for Adobe Flash.”

The tablet packs a powerful 1 gigahertz dual-core processor and 1GB RAM inside a thin 0.4-inch chassis weighing less than a pound.

“The Web is a multimedia environment and one of the things that makes it so is Adobe Flash support, which comes standard on the BlackBerry PlayBook, providing you the same rich Internet experience you get with a notebook or a desktop computer,” Blackberry’s local distributor said.

You can also extend the capabilities of your BlackBerry PlayBook with access to a wide range of mobile applications that are readily available on BlackBerry App World, the official app store for BlackBerry products. Choose from thousands of games and applications such as eBooks, social networking, productivity tools and more.

The best way to enjoy the new PlayBook is to have a BlackBerry smartphone of your own, RIM said.

“You can benefit from BlackBerry Bridge, a free app that can be downloaded on App World for the smartphone,” the company said.

Bridge lets you pair your tablet and smartphone (using a secure Bluetooth connection), allowing you to seamlessly access your e-mail, BBM (BlackBerry Messenger) messages, calendar, address book, documents and other content on your BlackBerry smartphone and view them on the tablet’s high-resolution, seven-inch display.

In a statement, leading mobile network Smart Communications said it was also taking orders for the PlayBook.

Buyers will be notified by phone once the unit becomes available. Bundle offers are available on a 24-month contract.

Smart also offers services for BlackBerry smartphones in prepaid configurations to suit the needs of every user.