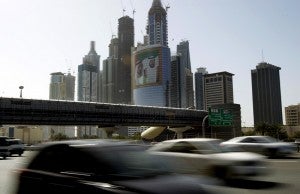 ABU DHABI — Authorities in the United Arab Emirates are warning social media users that photos of individuals posted online without their consent could lead to jail.

The comments carried Monday in Al Ittihad newspaper say posting photos or video without permission can bring up to six months in prison and fines as high as 500,000 dirhams, nearly $140,000.

The UAE has some of the region’s toughest enforcement on Internet restrictions, but other Gulf countries could follow suit as they harmonize security and telecommunications policies.

In July, Dubai police arrested a man who posted an Internet video of an Emirati beating a South Asian motorist after an apparent traffic altercation.