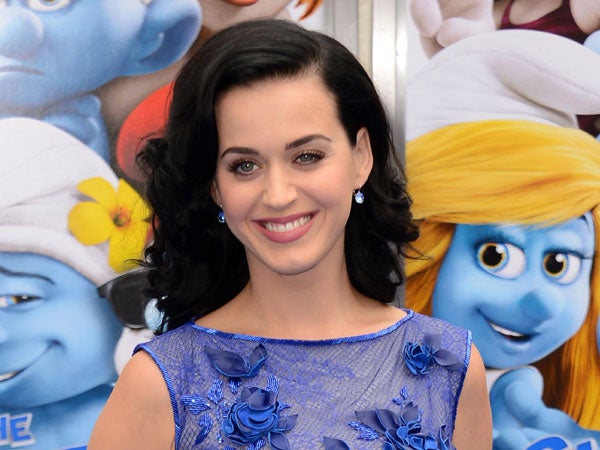 Singer Katy Perry is shown at the world premiere of “The Smurfs 2” in Los Angeles on July 28, 2013. Perry has overtaken Justin Bieber as the most followed person on Twitter, the latest figures on Monday, Nov. 5, showed. AP

SAN FRANCISCO—Pop star Katy Perry has overtaken Justin Bieber as the most followed person on Twitter.

The latest figures Monday showed 46,534,966 followers for the singer best known for hit songs such as “Teenage Dream,” California Gurls,” and “I Kissed a Girl.”

Shea Bennett of the “All Twitter” news blog noticed the change at the top on Sunday and said Perry was now likely to be the first to get to 50 million.

“Bieber has been quite active on his profile this weekend as he’s on tour in Brazil, but Perry hasn’t tweeted since Oct. 31, so expect a little more action coming her way once she gets back on the train,” Bennett wrote.

“In the meantime, Justin could claw his way back, although I think the momentum is against him.”

Bennett noted that Bieber took Twitter’s top spot from Lady Gaga back in January, “and if history has taught us anything about placement #1 on Twitter, it’s that once you’ve been leap-frogged by another user you never get it back again.”