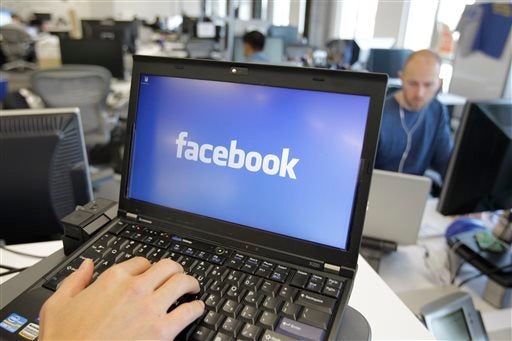 HANOI—Vietnam has intensified a crackdown on online dissent with a new decree that threatens fines of several thousand dollars for anybody criticising the government on Facebook.

The legislation, which will come into force in January, looks set to further narrow the space for online expression in a country already branded an “enemy of the Internet” by Reporters Without Borders.

“A fine of up to $4,760 will be applied to anyone producing propaganda against the Socialist Republic of Vietnam,” according to a copy of “decree 174” posted on a government website.

Undermining national unity, “distorting historical facts” and writing comments on Facebook that “hurt the nation” have all also become administrative offences punishable by a sliding scale of fines.

Serious criticism of the government is already a criminal offence punishable by jail time under a slew of vaguely worded national security laws that have been heavily criticised by rights groups.

The new legislation appears to be an administrative means of punishing Facebook postings that may fall short of meeting requirements for criminal prosecution.

“It applies both to individual Facebook users and organizations and enterprises providing social network [services],” according to the decree.

Fines will be lower for individual users.

Facebook—which has some 22 million active users in Vietnam, according to industry figures—is the most popular social networking site in the country, despite being periodically blocked.

The new decree, which was signed by Prime Minister Nguyen Tan Dung in mid-November, follows the introduction of another sweeping new law—decree 72—which came into force in September and criminalizes the sharing of news on Facebook.

The government has given no clear indication of how either decree will be implemented and to date it appears no one has been prosecuted under decree 72.

Many citizens use social media and blogs to get news and other information rather than rely on the tightly controlled official press.

The country has repeatedly attempted to crackdown on the rise of online discussions and dissent.

This was apparently the first time Facebook has been specifically mentioned in a Vietnamese criminal indictment.