Blast from the past: 1970s games revived on Internet 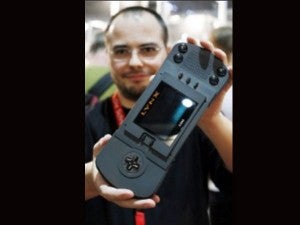 WASHINGTON – For those old enough to remember console games like “Asteroids” or “Red Baron,” from the 1970s and 1980s: the games are back.

The Internet Archive this week launched its “Console Living Room,” offering browser emulations of pre-Internet era video games which used to be played on consoles from firms like Atari, Coleco or Magnavox.

“For a generation of children, the most exciting part of a Christmas morning was discovering a large box under the tree, ripping it apart, and looking at an exciting, colorful box promising endless video games. At home! Right in your living room!,” said Jason Scott of the Internet Archive in a blog post.

Scott added that the games are being adapted by “an army of volunteer elves” who “will be improving them across the next few days.”

“Sound is still not enabled, but is coming soon,” he said.

The initiative “harkens back to the revolution of the change in the hearth of the home, when the fireplace and later television were transformed by gaming consoles into a center of videogame entertainment,” says the Web page devoted to the games.

The effort will enable a new generation to discover games that used to be on a cartridge inserted into a console, with titles including “Ninja Golf,” and “Ms. Pac-Man.”

The games, with crude graphics and sounds compared to today’s programs, are still valued by nostalgia buffs who recall their pioneering technology which brought games into the home from video arcades.

The Internet Archive, known for its “Wayback Machine” which keeps websites even after they are shut down was founded in 1996 and helps researchers, historians, scholars and others find historical collections that exist in digital format.