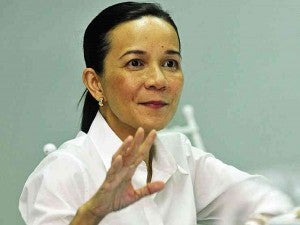 MANILA, Philippines—The operation of a cyberpornography ring in the country has underlined the urgency of enforcing the cybercrime law, Sen. Grace Poe said on Sunday.

For the Cybercrime Prevention Act of 2012 to be declared constitutional and enforced once and for all, its controversial provision on libel should be scrapped, Poe said.

“We passed it in 2012, but’s now it’s pending before the court because of the libel provision. That’s understandable, but now we really need it because cyberpornography is becoming widespread,” she said.

If it’s necessary for the controversial provision to be scrapped just so the law could be enforced, so be it, she added.

The British police have begun working with their American and Australian counterparts to break up a pedophile ring that had been streaming live scenes of child abuse.

Investigations of the ring’s operations in 12 countries by the National Crime Agency have led to the rescue of 15 children, aged 6 to 15, in a raid in Angeles City and arrest of parents. So far, some 733 suspects have been arrested around the world.

The investigation was prompted by the seizure of the computer of registered sex offender Timothy Ford, who was imprisoned for paying to view live sex abuse in Britain.

In the Philippines, livestreaming of live sex abuse has gone unchecked by the authorities.

The cybercrime law, or Republic Act No. 10175, enacted by President Aquino in September 2012, was challenged before the high tribunal before it took effect the following month.

Petitions, including one by administration Sen. Teofisto Guingona III, sought to nullify the provisions imposing a higher penalty on libel than those spelled out in the Revised Penal Code.

In the cybercrime law, the government could track the Internet Protocol (IP) address of a pornography ring livestreaming child abuse, said Poe, who chairs the committees on public information and public order.

Otherwise, the government needs the cooperation of telecommunication companies to track down the operations of syndicates operating on the Internet, she said.

“If our laws are not strong, we can’t force them to cooperate with our policemen. The laws should catch up with modern technology,” she said.

Individuals found guilty of cybersex face an imprisonment of prision mayor (6 years and one day to 12 years) or a fine of at least P200,000 but not exceeding P1 million. Those guilty of child pornography via computer face a penalty one degree higher than that provided by the Anti-Child Pornography Act of 2009.

Meanwhile, Manila Auxillary Bishop Broderick Pabillo has blamed the controversial reproductive health (RH) law for the widespread patronage of pornography in the country.—With a report from Tina G. Santos