Pope Francis: Internet is a ‘gift from God’ for dialogue 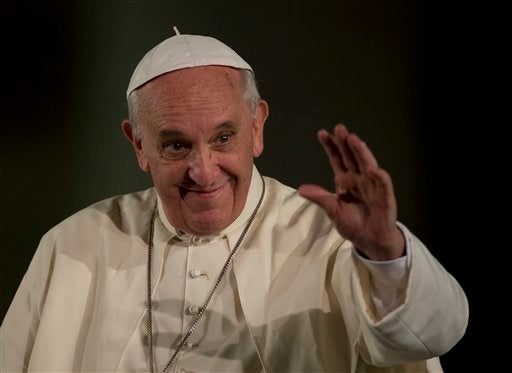 VATICAN CITY — Pope Francis says the Internet is a “gift from God” that facilitates communication, but warns that the obsessive desire to stay connected can actually isolate people from their friends and family.

Francis made the observations in a message about Catholic Church communications released Thursday, meditating on the marvels and perils of the digital era and what that means for the faithful going out into the world and interacting with people of different faiths and backgrounds.

In comments that will likely rile the more conservative wing of the church, Francis suggested that in engaging in that dialogue, Catholics shouldn’t be arrogant in insisting that they alone possess the truth.

Pope Francis is Time magazine’s person of the year

TOPICS: Internet, Pope Francis, religion, technology, Vatican
Read Next
‘Mac’ turns 30 in changing computer world
EDITORS' PICK
Mandaluyong fire put under control hours after it started
Leveling up your ‘lutong bahay’ with the kitchen companion you never knew you needed
Bato de la Rosa, Risa Hontiveros back bill increasing female recruitment quota in PNP
Quarantine violations still punishable despite deleted provisions in ‘Bayanihan 2’ – Bato dela Rosa
Someone from the Philippines can become $356 Million richer this Tuesday
Cherry Mobile teams up with Cloud Panda PH, launches online store
MOST READ
‘If I had not been SolGen, I will make you eat your words,’ Calida tells Coco Martin
5 car dealership outlets shutting down
51 percent of German firms holding back investments in PH, but not because of COVID-19
Senate OKs bill authorizing president to postpone opening of classes beyond August
Don't miss out on the latest news and information.