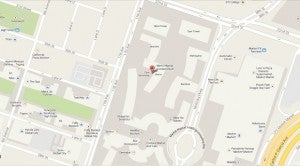 MANILA, Philippines—Police on Wednesday said they have busted an illegal gambling ring composed of Korean nationals during a raid on One Serendra condominium in the upscale Bonifacio Global City, Taguig.

Payments of bets were made through online banking and credit cards.

Holding offices in separate East Tower units of One Serendra condominium, the Korean operators were arrested on Tuesday for violation of Republic Act 8484 or the Access Devices Regulation Act of 1998.

Last January, agents of the National Bureau of Investigation raided One Serendra and The Luxe Residences in Bonifacio Global City, Taguig, and on Gramercy Residence in Makati City and confiscated P100 million worth of shabu or metamphetamine hydrochloride, ecstasy and cocaine pills.

Senior Superintendent Gilbert Sosa, PNP ACG director, said that the operation was prompted by a request for assistance from the International Criminal Police Organization of South Korea in 2012. It asked the PNP to locate the Korean fugitives involved in the online gambling based in the Philippines.

Arrested online gambling operators and the confiscated items were placed under the custody of ACG for proper documentation.

“The PNP ACG, on the instruction of the (Director General Alan Purisima) Chief PNP, will continue to focus their operation on transnational organized cybercrime groups,” Sosa added.