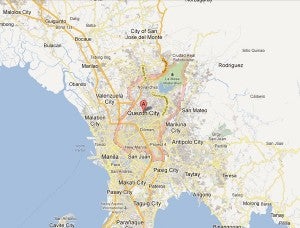 MANILA, Philippines—A computer hacker has been arrested by the police at a mall in Quezon City.

This was after Jonjon Masiclat, Security Officer of Globe Telecom Incorporated, sought the help of police in tracking down Araneta for alleged unauthorized selling and distribution of either stolen or hacked Wimax modems through social networking site Facebook.

During the entrapment operation, Araneta was arrested after receiving marked money from a poser buyer, police said.

Two units of Globe Wimax modem worth P2,500‎ were confiscated from the alleged hacker.

Arrested for violating Republic Act 8484, or Access Device Regulation Act of 1998, Araneta is now under the custody of ACG for proper documentation.