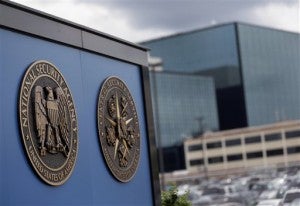 “The records would stay in the hands of phone companies, which would not be required to retain the data for any longer than they normally would. And the NSA could obtain specific records only with permission from a judge, using a new kind of court order,” the Times added.

A trove of documents leaked by former NSA contractor Edward Snowden has sparked outrage in the United States and abroad about the vast capabilities of America’s intelligence programs.

Officials have defended the methods as necessary to thwart terror attacks but Obama ordered reforms be developed in the wake of the disclosures.

The administration proposal will seek to extend for one more 90-day period authorization for the current program. After that, the Times reported, “under the plan the administration has developed and now advocates… it would later undergo major changes.”

Changes could include a much shorter timeframe for information to be retained by the NSA. It is currently up to five years.

And “the Obama administration proposal… [also] would retain a judicial role in determining whether the standard of suspicion was met for a particular phone number before the NSA could obtain associated records,” the Times reported.

Separately, leaders of the House Intelligence Committee drafted a bipartisan bill that would end NSA bulk collection of Americans’ phone data but maintain the government’s ability to gain information on spies and terrorists, The Washington Post reported.

“The measure, to be introduced Tuesday, is intended as a compromise that can offer a way forward for the Obama administration,” the report said, and comes to meet a deadline Obama had issued that will fall on Friday.

“We believe this can be the solution for those of us who want to preserve important national security capabilities while heeding the legitimate concerns of many that the collection of bulk telephone metadata has a potential for abuse,” said lawmaker Mike Rogers, a defender of the NSA’s bulk-collection authority.