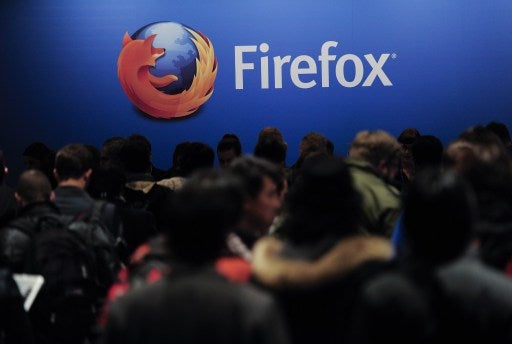 SAN JOSE, California — The appointment of a new CEO by the company that makes the Firefox Web browser has prompted board members to quit, a Twitter frenzy and a push back from a leading dating website because he supported California’s former gay marriage ban.

Mozilla, the nonprofit maker of the Firefox browser, infuriated many employees and users last week by hiring co-founder Brendan Eich to lead the Mountain View company. In 2008, Eich gave $1,000 to the campaign to pass California’s Proposition 8, a constitutional amendment that outlawed same-sex marriages in California until the U.S. Supreme Court left in place a lower-court ruling striking it down.

The contribution was publicly reported and drew some negative attention two years ago, when Eich was Mozilla’s chief technology officer. But when he was promoted to CEO last week, his support of the ban took on more gravitas.

Three of the Mozilla Foundation’s six board members have quit, according to a Wall Street Journal blog, and thousands of employees and community members weighed in on Twitter over the weekend.

“Hello there, Mozilla Firefox user. Pardon this interruption of your OkCupid experience.

Mozilla’s new CEO, Brendan Eich, is an opponent of equal rights for gay couples. We would therefore prefer that our users not use Mozilla software to access OkCupid,” the message says.

OkCupid President Christian Rudder said he and the firm’s three other co-founders decided to post the message after discussing Eich’s appointment over the weekend.

He said 12 percent of OkCupid’s approximately 3 billion monthly page views come through Firefox, while 8 percent of the site’s users are gay or lesbian.

“We don’t think this was the right thing for people to donate money to, and this is someone we do business with so we decided to take action,” Rudder said.

Mozilla, which is promoted with the slogan, “Doing good is part of our code,” responded Monday with an emailed statement saying the company supports equality for all, including marriage equality for gay couples.

“No matter who you are or who you love, everyone deserves the same rights and to be treated equally,” said the statement. “OkCupid never reached out to us to let us know of their intentions, nor to confirm facts.”

Mozilla says about half a billion people around the world use Firefox, which has free, open software written in part by volunteers. Firefox has been losing market share to Google Inc.’s Chrome browser in recent years.

US Supreme Court paves way for same-sex marriage in California