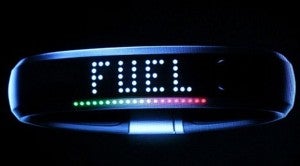 A general view of atmosphere during the unveiling of the NIKE+ FuelBand at Highline Stages on January 19, 2012 in New York City. AFP FILE PHOTO

WASHINGTON – Wearable tech is moving beyond a small group of early adopters and going mainstream.

That’s the conclusion of market tracker IDC, which predicted sales of wearable tech items would triple this year to 19 million units worldwide, growing to 111.9 million by 2018.

“The market has certainly warmed up to the notion of wearables, but the spectrum of devices is so large, ranging from very simple, single-purpose devices to full-fledged computers that different categories will be able to gain salience sooner than others.”

IDC said the wearable sector is still led by fitness trackers such as Nike + FuelBand, Jawbone UP and Fitbit devices.

“The increased buzz has prompted more vendors to announce their intentions to enter this market,” Llamas said.

“Most importantly, end users have warmed to their simplicity in terms of design and functionality, making their value easy to understand and use.”

Smart accessories, such as the smartwatches from Pebble, Samsung and Sony “will also take a giant step forward, but their value proposition has yet to be completely clarified,” an IDC report said.

The report said wearable item such as Google Glass will not reach millions of consumers before 2016.

“To succeed, smart wearable vendors must convince users to shift to a new user experience while offering them a robust selection of third-party applications,” IDC said.