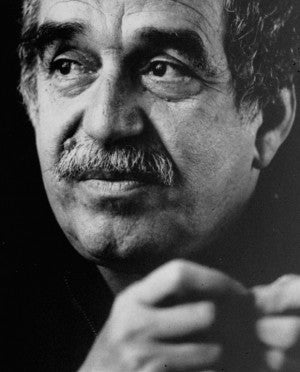 MANILA, Philippines—He wrote the final sentence, but his readers would be the ones to scribble his epilogue.

When Nobel laureate Gabriel Garcia Marquez passed on, his readers flooded social networking site Twitter with condolences and thanks.

“Rest in peace, Gabriel Garcia Marquez, the greatest writer of my lifetime,” Stephen Marche of Esquire magazine said on his piece.

“A great tree has fallen, humanity has lost one of its best brain cells in you,” said one Kwanele Gumbi who described the author’s One Hundred Years of Solitude as a classic piece. “Rest in peace Gabriel Garcia Marquez.”

Another user said the Marquez, who pioneered the literary style of magical realism, has put magic so seamlessly in literature.

“Making magic appear natural is a challenge and you did it seamlessly,” a Siddharth Mazumdar posted on Twitter. “RIP Gabriel Garcia Marquez.”

Indian inventor Shiva Ayyadurai posted a letter from Marquez himself and tweeted his condolences.

“Show your friends and loved ones how important they are to you. RIP Gabriel Garcia Marquez.”

Some of Marquez’s works are One Hundred Years of Solitude, In Evil Hour, Love in the Time of Cholera, The Autumn of the Patriarch, The General in His Labyrinth, and Of Love and Other Demons.

Marquez died Friday at the age of 87.