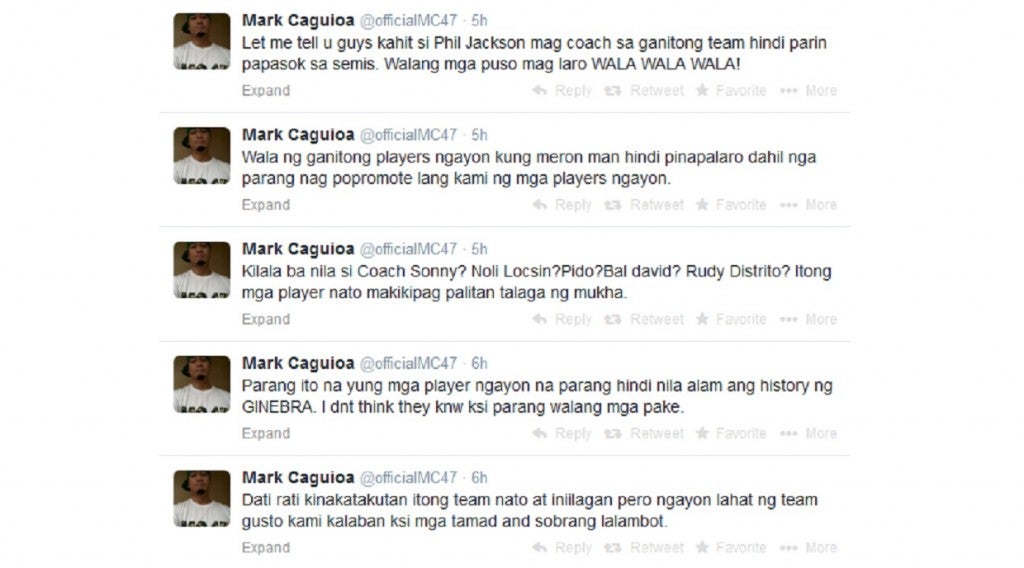 After the eighth-seed Barangay Ginebra San Miguel got eliminated by the top-seeded Talk ‘N Text Tropang Texters with a 97-84 drubbing in PBA’s quarterfinals Tuesday night, Caguioa took to Twitter to vent out his frustrations against his lackadaisical teammates.

(Before, the league was scared to match up against this team, but now it looks like everyone just wants to face us because of the lazy and soft players).

On March 28, Caguioa also took to Twitter to air his sentiments during Ginebra’s downward spiral during the eliminations.

Caguioa also chastised his teammates’ apparent lack of hustle when playing, a brand that has been associated with previous players of the Ginebra franchise.

(Don’t they know the likes of Coach Sonny? Noli Locsin? Pido? Bal David? Rudy Distrito? These are the players who will grind it out).

He added that not even the Zen Master, Phil Jackson, who won 11 championship rings in the National Basketball Association, could guide his team to the semis.

“They don’t play with heart.”