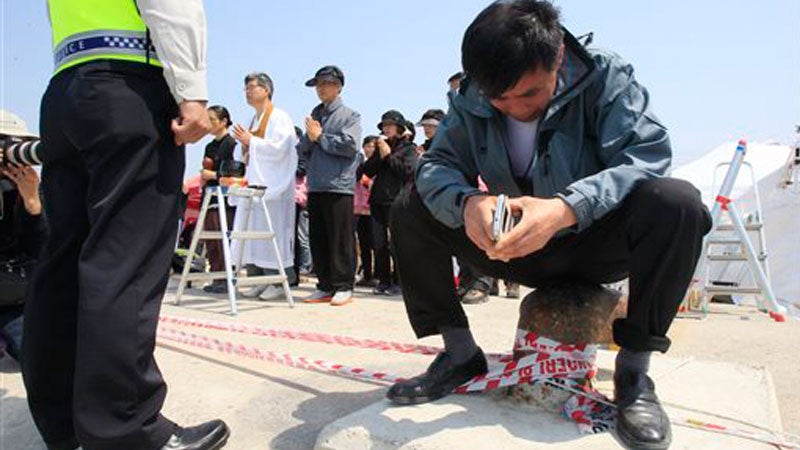 A relative of a passenger aboard the sunken ferry Sewol in the water off the southern coast weeps as he waits news on his missing loved one at a port in Jindo, South Korea, on April 25, 2014. A cellphone recovered from one of the victims has yielded video shot aboard the vessel, raising questions about how such images could still be found on an electronic device after being submerged. AP PHOTO/AHN YOUNG-JOON

A cellphone recovered from one of the victims of the ferry that sank off South Korea last month has yielded video shot aboard the vessel, raising questions about how such images could still be found on an electronic device after being submerged.

It’ s possible the video was stored on a micro SD card that many phones use for additional storage, said Ritch Blasi, senior vice president for mobile and wireless at the consulting firm Comunicano.

Since an SD card doesn’t contain electrical components or moving parts, it can be removed from a mobile device and the information stored on it can be retrieved—even if the phone that housed it is damaged.

In fact, SanDisk, a major maker of micro SD cards, touts that many of its cards are tested to withstand up to 72 hours in one meter of salt or fresh water.

In addition, phones can be programmed to automatically upload material such as photos and videos periodically to cloud storage, where other people can retrieve them later, Blasi said.