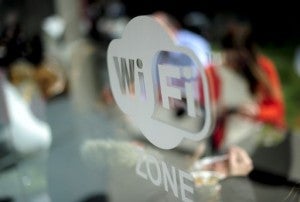 MANILA, Philippines – A bill that seeks to provide free public wireless Internet access in public schools, buildings, parks, national roads and rail transit stations in the National Capital Region (NCR) has been filed at the Senate.

The areas that should be provided with broadband hotspots, under the bill, are the following:

All national and local government offices

Public elementary and high schools, and state colleges and universities

Port of Manila; and

“For the Philippines to further establish itself as an emerging economy, a public broadband Internet infrastructure must be in place beginning with NCR,” Recto said in explaining his bill.

“Providing free Internet access to public buildings and facilities in the national capital will also ensure that our growing labor force will be updated with employment opportunities,” he said.

Free wireless Internet connection, Recto said, will also ensure that the populace—beginning in the capital— will be equipped with and honed to using key facilities needed to build an innovative, progressive, and rapidly digitizing economy.

“Allowing free wireless Internet connection in key public places in NCR means providing access to the undeserved in our society, including getting low-income people online,” the senator added.