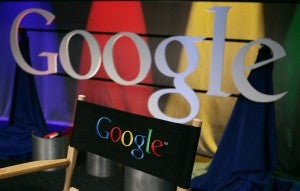 The free online mapping service added “Street View” imagery of all 12 World Cup stadiums along with scenes captured on roads painted in festive tribute to the major global sporting event.

“Whether you’re watching the games from the comfort of your couch or packing your bags for Brazil, Google Maps is your ticket to the World Cup,” Street View program manager Deanna Yick said in a blog post.

“And if you’re lucky enough to have a physical ticket to Brazil, don’t forget to pack Google Maps for mobile.”

Google mapping applications for smartphones or tablet computers include tools for finding the most efficient ways to get to games using buses or trains in host cities.

The service also features maps of the insides of stadiums, airports, malls and other spots soccer fans may want to explore, according to Yick.

Images from other potential locations of interest, such as Iguacu National Park and St. Michael of the Missions, were also added to Google Maps.