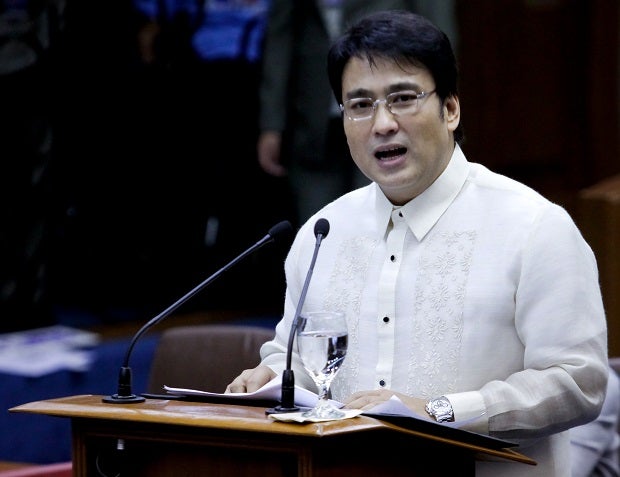 MANILA, Philippines — Big brother is watching and he likes what he sees.

Malacañang on Tuesday revealed that it monitored the reaction of netizens on Senator Ramon “Bong” Revilla Jr.’s privilege speech Monday.

“The overwhelming trend is negative and we agree with our bosses,” he said.

Coloma was referring to Revilla’s so-called farewell speech, which included pleas of unity for President Benigno Aquino III and a video accompanied by his singing.

“You still have two remaining years. It isn’t right that you and your administration will be remembered for only jailing non-allies. Jailing your oppositors should not be the only achievement and legacy you will be leaving behind,” he said.

Asked what he thought about Revilla’s singing, the spokesperson said it was still covered by the freedom of expression.

“We are a democracy and what he did is probably covered, not only by the rules of the Senate, but also of the freedom of expression,” he said.