Filipinos urged: Use Facebook to mobilize, especially vs China 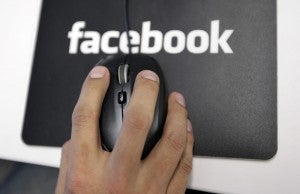 MANILA, Philippines—Social media may be a tool to develop patriotism among Filipinos, especially at a crucial time that the Philippines is struggling with China’s aggressive claims in the West Philippine Sea (South China Sea).

“Facebook to me it’s the most effective social media site I think a lot of Filipinos use it. Over 90 percent of Filipino Internet users use Facebook to reach out to connect. I found out it’s a very effective tool for mobilizing,” Rafael Alunan, former Interior Secretary and co-convenor of West Philippine Sea Coalition, told reporters on Friday.

His group is maintaining Facebook pages to publicize China’s misinformation. The group held conferences and rallies to protest China’s assertiveness in the region. Another big protest is set later this July.

“All we can do in social media is keep on dishing out the truth the legal issue surrounding their claims can be countered,” Alunan said.

“What comes out on social media must be picked up by mass media. It’s mass media’s job to educate its audience. Part of it is monitoring whether such efforts or initiatives are taking root or not,” he also said.

“Their claim of the South China Sea is very fallacious. There is no factual basis for it. I call it a fairytale,” Alunan said.