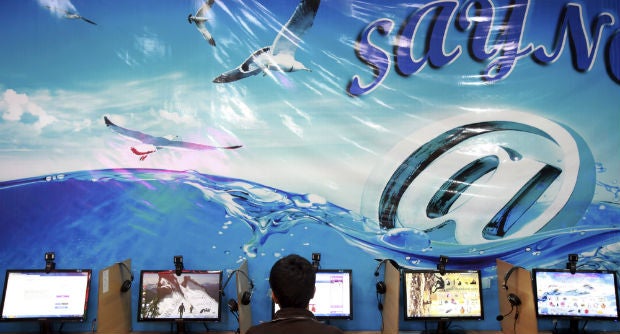 In this Tuesday, Sept, 17, 2013 file photo, an Iranian man surfs the Internet at a cafe in Tehran, Iran. Iran’s official news agency reported on Sunday, July 13, 2014 that eight Facebook page administrators have been handed jail sentences from eight to 21 years. The report by IRNA says the defendants were convicted of plotting against national security, spreading propaganda against the ruling system and insulting officials. It did not identify the defendants or the Facebook pages. AP

The report said the defendants were convicted of plotting against national security, spreading propaganda against the ruling system and insulting officials. It did not identify the defendants or the Facebook pages.

It said that the court issued its verdict against the eight activists, who come from various cities including the capital, in April following several court appearances. They appealed immediately, said IRNA.

In May an Iranian judge ordered Facebook founder and CEO Mark Zuckerberg to appear in court to answer complaints by individuals who say Facebook-owned applications Instagram and Whatsapp violate their privacy.