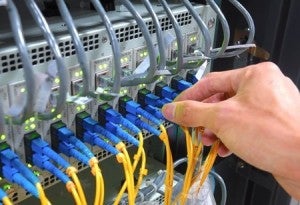 MANILA, Philippines–By early next year, 160 government offices in Metro Manila will be interconnected through fiber optics, a move expected to cut red tape.

The Department of Science and Technology (DOST) announced that the P2.53 billion Integrated Government Philippines project (iGovPhil) was set for full deployment by the early part of 2015.

The Integrated Government Philippines project, part of the DOST’s e-government program, aims to harmonize all functions of government offices by simplifying their processes through ICT and giving way to a transparent and efficient bureaucracy.

“High-speed connection will enable these agencies to collaborate on projects, share resources and save money in the process,” Casambre pointed out, adding that it would improve transactions between the public and government offices by eliminating red tape.

He said that the cables in Metro Manila were set for last-mile connection to government buildings as well as to the main data centers where information and data from government offices were stored in servers.

He added that also being developed were registries on land, vehicles, businesses and citizens under the National Records Management Information System of the project.

Citizens’ registries, he explained, already exist in the forms handled by the Social Security System, the Government Service Insurance System, National Bureau of Investigation, Department of Foreign Affairs and other data-gathering agencies. He added that the data would just have to be centralized and expanded.

Last month, the Department of Budget and Management released P878.5 million for the second phase of iGovPhil. Of the amount, P738.6 million was for the deployment of fiber optic cables and the establishment of data centers. The total cost of the project, launched in June 2012, is P2.53 billion.