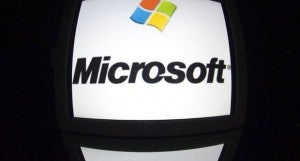 The State Administration for Industry and Commerce said it opened a case in June after complaints Microsoft improperly failed to publish all documentation for its Windows operating system and Office software. It said investigators visited Microsoft’s China headquarters in Beijing and branches in Shanghai, Guangzhou and Chengdu in southwestern China this week.

Microsoft did not immediately respond to a request for comment.

China relies heavily on foreign software and communications technology. Communist leaders have expressed frustration about the high cost of foreign know-how and have invested billions of dollars to develop their own phone, encryption, software and other technology industries.

In a separate case, state media said last week regulators have concluded Qualcomm Inc., a San Diego, California-based maker of chip sets for mobile phones, has a monopoly. The reports gave no indication what penalties or demands for changes in its business practices might be demanded.

Regulators said earlier they were investigating whether Qualcomm abused its dominant market position by charging excessive fees for technology. They announced a similar investigation at the same time of InterDigital Inc., in Wilmington, Delaware, but the results have not been announced.

Also this month, Apple Inc. denied allegations reported by state television that the location function on its iPhone might be a national security threat because it could allow access to confidential information. The company said it respected customers’ privacy and denied working with government intelligence services to create such “back door” access.

Managers of foreign technology companies complain regulators improperly use investigations and other administrative actions to hamper their operations and support domestic competitors.

Beijing has tried to compel foreign suppliers to disclose how encryption and other security technology work but backed down after complaints by the United States and other trading partners.

The government also is stepping up scrutiny of foreign companies and has cited its 2008 anti-monopoly law in ordering changes to acquisitions or business practices.

Last August, five foreign milk suppliers and one in Hong Kong were fined a total of $108 million by anti-monopoly regulators on charges of price-fixing.

The government tries to support China’s fledgling suppliers by favoring them in procurement. Banks and major companies were ordered in 2010 to limit use of foreign security technology.

In May, the government announced it would examine imported technology for security flaws and ban products that fail. That came after U.S. authorities announced the indictment of five Chinese military officers accused of conducting cyber hacking of American companies.

Microsoft to sell Xbox One console in China