YouTube is the TV of the Future in Asia 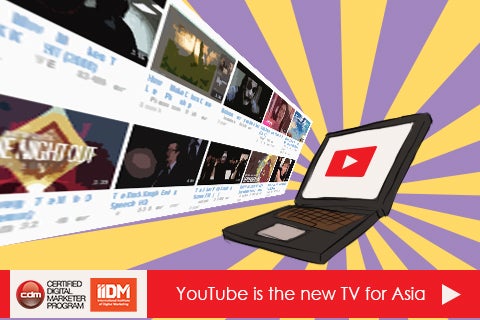 MANILA, Philippines — “Online video is the biggest up and coming segment Google is promoting in emerging market,” proclaims an internet marketer professional.

Apparently these days, Asian markets watch a lot of YouTube more than anything. In fact, Joson says some markets watch YouTube but don’t want TV at all.

Video has stickiness than search ads or any other form of online ads. Joson narrates the example of a popular coffee brand viral video starring a famous rock band and a viral video star in a parody of Japanese robot anime.

Also during this period, the brand’s Facebook page earned 65,000 likes, 12,000 shares, and 5,000 comments. All-in-all, the coffee brand merited PHP39 million in media earned value and had a significant seven percent increase in sales.

“By tapping into popular culture and its talents’ popularity, the viral video was able to get hold of its viewers’ attention more than a 30-second or 60-second TV ad could do.”

Joson stressed that the success was not a fluke: it was the result of planned efforts that include ad support and promotion from other channels – because strategy is the key.

Learn how to execute an engaging social media marketing campaign in the Social Media Marketing Specialist Track of the CDM-IIDM Program.