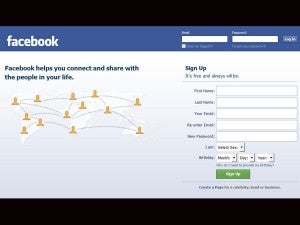 LOS ANGELES—Facebook is preparing to bolster the programming tools it offers to licensed music services like Rhapsody, Spotify, MOG and Rdio to make it easier for users of the social network to find out what songs their friends are digging.

The tools won’t amount to a unique music service on its own, since Facebook has not negotiated licensing deals with major music companies, according to a person familiar with the matter.

But it will make give Facebook users yet another reason to stick around. Being more aware of what your friends are listening to could make the subscription music plans more attractive. They all offer unlimited listening to millions of new and old tracks on mobile devices for $10 a month, but they have yet to gain enough traction to replace revenue the music industry has lost from declining CD sales.

The person was not authorized to speak publicly on the matter and declined to be identified.

Facebook is expected to reveal the specific set of tools at its developer conference in San Francisco, called f8, on September 22.

Spokesman Larry Wu said Facebook had nothing new to announce. “Many of the most popular music services around the world are integrated with Facebook and we’re constantly talking to our partners about ways to improve these integrations,” he said in a statement.

This week, subscription leader Rhapsody launched a beta version of its integration using Facebook’s sign-in tool, Facebook Connect. A Rhapsody customer can now “like” an artist or song, and doing so lets others know in the person’s Facebook news feed. Liked artists are synced across both services and Rhapsody subscribers can listen to artists that their friends have liked on Facebook.

But there is no way currently to find out exactly what a friend is listening to at a particular moment, nor can a Facebook friend join in and simultaneously listen to what a Rhapsody user is playing in real time.

“We think that music is a very social experience and we are always looking at ways to enhance that experience,” she said.

Facebook’s new tools are an incremental step in getting people to pay for music even if Facebook itself does not stand to gain directly.

So far, subscription plans that offer unlimited song listening have not been popular enough to reverse a decade-long slide in CD sales. Piracy is partly to blame for the decline, as is the popularity of buying singles, such as through Apple’s iTunes music store, instead of albums.

Last year, revenue from paid subscription plans fell 5 percent from a year earlier to $201 million, even though the number of subscribers grew about 25 percent to 1.5 million, according to the Recording Industry Association of America. Including CD sales, downloads and other forms of music, the value of U.S. music shipments fell 11 percent to $6.85 billion.

The most popular of the subscription services, Rhapsody, has more than 800,000 paying subscribers.

TOPICS: Facebook, Internet, IT, Music, social networking, technology
Read Next
Apple suppliers under fire for pollution in China
EDITORS' PICK
Alex Eala wins Grand Slam on Independence Day: ‘I hope I made my contribution to the country’
Palace: Duterte to announce new quarantine classifications; ‘normal’ GCQ likely in NCR Plus
Ahead of ONE: Full Blast II, Mongkolpetch warns Elias Mahmoudi: ‘Watch out for my fists’
Liza Soberano’s ‘Trese’ stint defended by voice actor Inka Magnaye
Synology NAS: A photo storage and multimedia server for your home
3 die, 110 recover from COVID-19 in Aurora province
MOST READ
‘Hindi pwedeng take 2,’ Sotto tells presidential, VP aspirants
Lacson: Kind-hearted Leni ‘in it to win’ presidency in 2022, but…
Not even found in Tiktik: Another bad word snuck into DepEd materials
Sotto, Villanueva react to LGBTIQ+ promise not to give them votes
Don't miss out on the latest news and information.