Google debuts $105 smartphone in India; available in PH by yearend 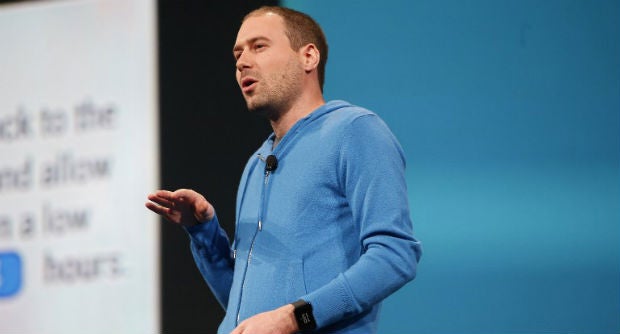 David Singleton, Director of Engineering at Google, speaks on stage during the Google I/O Developers Conference at Moscone Center on June 25, 2014 in San Francisco, California. With the Android One debut on Monday, Sept. 15, 2014, Google is following through on an announcement made at the annual developers’ conference in San Francisco. STEPHEN LAM/GETTY IMAGES/AFP

SAN FRANCISCO–Google on Monday launched a $105 smartphone in India, taking aim at emerging markets as part of an initiative called Android One.

“With Android One, we not only want to help people get online, we want to make sure that when they get there, they can tap into the wealth of information and knowledge the Web holds for everyone,” said Google senior vice president Sundar Pichai.

The smartphone was available in major shops in India starting at 6,399 rupees ($105).

California-based Google announced new Android One partnerships with an array of handset makers including Acer, ASUS, HTC, and Lenovo, saying that the variety of low-cost Android One smartphones should expand.

Android One smartphones should be available in Indonesia, Bangladesh, Pakistan, Nepal, Sri Lanka and the Philippines by the end of this year, according to Pichai.

The smartphones will have ample processing power, along with high-quality cameras, according to Google, which promised to keep the operating software up to date remotely.

With the Android One debut, Google is following through on an announcement made at its annual developers’ conference in San Francisco in June.

Google is working with carriers in India to provide affordable telecom service packages to go with the smartphones, which could in many cases provide Internet access for the first time.

The Android One initiative sets out to work with smartphone makers and others in the “ecosystem” to pool resources and standardize hardware platforms to provide “turnkey solutions” for making handsets, according to Pichai.

Google and Silicon Valley rival Facebook have made priorities out of connecting with people in parts of the world where Internet connectivity is scant, unreliable or just non-existent.

Having more people tune into websites or services mean expanded opportunities to make money from online advertising or providing tools that connect shops with customers.

Google does not make money from hardware, with its own branded gadgets meant to set standards and show off software capabilities with an eye toward inspiring electronics manufacturers to raise their games when it comes to Android or Chrome devices.

Developing countries have become prime targets for smartphone makers, and Android software made available free to handset makers has proven to be popular with budget-conscious buyers.