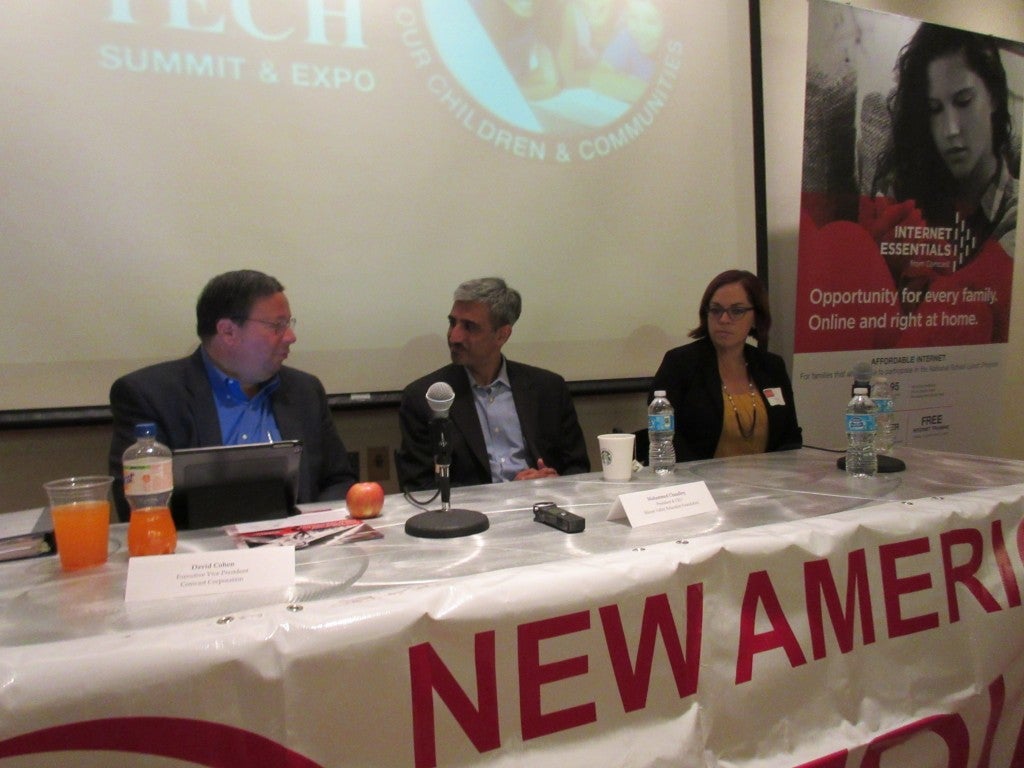 SAN JOSE, California – Comcast and its partners recently hosted the fourth Youth Tech Summit at the Tech Museum to drum up their efforts in bridging the digital divide.

The event put together new educational software and those who would evaluate them at Silicon Valley classrooms. Comcast also reached out to ethnic media to announce the extension of its Internet Essentials program for the low-income households at the same event.

Both the Obama administration and Comcast have expressed the aim to overcome the inequalities among households, businesses and geographic areas in terms of access to communication technology and information.

In recent times, the digital divide has become a public concern because many students need to go to a Starbucks or other places with Wi-Fi just to get their homework done. The unemployed who are learning alternative trade or just searching for jobs need to go to a library. And even the uninsured need to log on to the Internet to enroll in Obamacare.

Comcast Executive Vice-president David Cohen said, “The cruel irony is that Internet (access) is not available in 30 per cent of homes in America. And this is Silicon Valley, San Francisco and its suburbs. Not rural America.”

He explained that among the 30 percent were those who had low income, do not speak English, don’t have digital knowledge and don’t understand the value of using technology. He also cited a Pew Research Center study that revealed 79 percent of teachers in the US give assignments on the Internet.

Cohen also criticized the government’s program that was “Large, inefficient and fosters the creation of consultants to bring technology to schools.” Instead, he advocated for “small school districts to work together, create their own technology and diminish consultants (who are a) waste of time and money,” Cohen also stressed that coding be taught at the grade school level in Silicon Valley to be employable for the 21st century.

The global media and technology corporation that owns Comcast Cable and NBCUniversal partnered with the Silicon Valley Education Foundation (SVEF) and New Schools Venture Fund for the iHub Pitch Games. The games were modeled after the popular TV show “Shark Tank.”

In the almost day-long event, start-up entrepreneurs pitched their science- and math-friendly software designed for K-12 students to a panel of Silicon Valley educators, business leaders and even SF 49ers CEO Jed York.

Eight winners were chosen and scheduled to demo their e-learning software to the iHub Fellows (the group of select 25 Silicon Valley teachers who will test the software in their classrooms.)

At about the same time as the games, Comcast also partnered with New America Media to reach out to the ethnic media and report on its Internet Essentials program. Cohen said this was Comcast’s response to the other obstacle of the cost of computing equipment and the cost to service it.

Comcast started the program in 2011. It offers families who have at least one child (in K-12) participating in the National School Lunch program, low broadband services for $9.95 a month. Families can also buy an Internet-ready computer for about $150, plus access to on-line, print-out or hands-on digital literacy training sessions.

Cohen said that since the program’s inception, nearly 30,000 computers at about $150 each were distributed. And an estimated 2.2 million visitors to the Internet Essentials website in English and Spanish and their Online Learning Center have been logged.

He revealed that Internet Essentials has connected about 350,000 families nationwide (or an estimated 1.4 million low-income Americans) to the Internet. He compared this to three times the population of Oakland, San Diego or one of 11 states.

He said that Comcast raised computer speed up to 5 Mbps downstream from the original 1.4Mbps. Cohen also said that the program is now also open to charter, parochial, private, cyberschool and homeschooled students. A while back it was only for public schools. And if 70 percent of the students in the National School Lunch program are in the same school, the whole school can apply for Internet Essentials. On top of all these, Comcast also offers amnesty to eligible families with Comcast debts older than a year to qualify for Internet Essentials.

He also said, “94 percent said their kids were better in school because of Internet (access).” SVEF President and CEO Muhammed Chaudry likened it to “a racial achievement gap” where readily accessible Internet gave “whites 30 points higher than either blacks or hispanics.”

Comcast Media Relations Manager Jenny Gendron told INQUIRER.net that Comcast “does not track participants by ethnicity.” She said they don’t have focused figures for Filipinos or APIs. But the national customer survey they collected and tabulated “included white, African-American, Hispanic, Asian and others.”