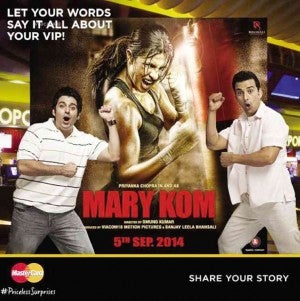 SINGAPORE—It’s one thing to create content that will go viral in this era of social media, but it is quite another to make money out of it.

But what if a global payments technology firm like MasterCard teams up with leading social network Facebook to mine social media for deep insights on consumer behavior? For this tandem, it could mean timely spotting of opportunities that can unlock more revenues for banks and merchants.

MasterCard’s new digital platform “Priceless Engine” seeks to put the theory into practice as it harnesses the power of social media and analytics to generate insights that will help partners and merchants deliver the right offers to customers at the right time.

The goal is to match marketing insights with the targeted audience.

“Priceless Engine” was unveiled during the MasterCard Innovation Forum 2014 here that gathered about 350 participants from Southeast Asia, Middle East and Africa to discuss the evolving needs of businesses and consumers and showcase the latest innovations on the payments front.

Touted as the first of its kind in the digital space, this new platform takes MasterCard’s “Priceless” TV and ad campaign to the digital level by leveraging on its analytic capabilities to help partner banks understand consumer sentiment and trends based on social conversations; track engagement and transactions on campaigns to translate these findings into meaningful feedback; create and share content across borders to increase scale and finally, analyze data in real time.

To ensure that this platform gets global scale and reach, MasterCard is working closely with key partners in the social media space, including Facebook. Asia-Pacific was identified as the lead region for the rollout of this new platform.

“Asia is fast exceeding the rest of the world in Internet and social media usage, with one out of every two social media users globally residing in the region. Given this exponential growth in social media, digital marketing can no longer be just about communication or engagement. MasterCard’s Priceless Engine now has the ability to drive brand differentiation and significant revenue growth for our partners,” said Sam Ahmed, senior vice president and group head for marketing at MasterCard Asia-Pacific.

The partnership with Facebook initially covers only Asia-Pacific but talks are ongoing to cover the Middle East. Within the region, MasterCard is working to introduce the platform to a few markets like India, Hong Kong, Japan, Australia and Singapore prior to the rollout to the rest of the region by the first quarter of 2015. 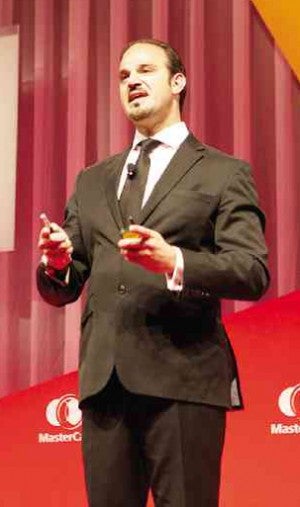 “Innovation is crucial to staying relevant in this swiftly evolving digital age, and the MasterCard Priceless Engine will be the cornerstone in the payments ecosystem, connecting issuers, merchants and consumers. As MasterCard research shows, the transaction is where social and digital engagement happens, and having the right offers, right data, the right assets, and the right content at the right time will create a behavior change with the consumer,” Ahmed added.

MasterCard plans to triple its investment in digital marketing in Asia-Pacific over the next three years to $10 million, citing the need to work with banks and merchants in the region to understand consumer needs and wants and to match them with quality and timely offers.

“A Priceless Engine like this will fall flat in a market without a high usage of Facebook, which is not our market. Ours is a rich ground,” Poch Villa-Real, MasterCard country manager for the Philippines, said in an interview on the sidelines of the innovation forum.

Villa-Real said it was a question of whether this kind of platform would make sense for MasterCard’s merchants, noting that retailers in the country—even the large department stores—do not invest heavily in data analytics.

Most merchants’ social media engagement, he noted, was limited to creating a Facebook fan page.

“We can see what’s trending. Everybody can see it, but what to do with it and how to correlate it (with business) is another story,” he said.

To date, Facebook has 1.3 billion monthly active users, 63 percent of which engage in this social network on a daily basis. One of every six minutes is estimated to be spent online and one of five minutes using mobile devices.

“Video consumption on Facebook is skyrocketing,” Neary said, noting that there are about a billion video views in this network per day, out of which 65 percent happen on mobile devices.

For a business enterprise, Neary said “robust targeting” was key to reaching the right people. He said this could be implemented by generating first-party data from custom audience, such as a merchant’s data on customer relationship management, loyalty program, credit card, website visitors and mobile app visitors.

By overlaying historical research with different frames of action and in turn put together profiles and match them with the consumers that MasterCard knows about, the technology firm is seen having the ability to target certain market segments even if one’s social media profile doesn’t necessarily reflect one’s purchasing power.

For instance, MasterCard determines from its research that there is a segment of consumers who are fond of affluent brands, then it finds out through Facebook that some of them plan to travel to Bali.

Under the “Priceless Engine,” these people will be offered, for instance, a 10-percent discount on an overnight stay in the Hilton in Bali and another 10-percent discount on the fee charged by a budget hotel, testing which one the user will respond to in order to better connect the consumer with merchants that want to target such market segment.

MasterCard also sees the trend of consumers sharing more data, especially the so-called millennials, those born in the 1980s to 2000s who are wired into mobile devices and social media.

The timeliness of offers is likewise what Priceless Engine seeks to provide, again using social media insights to avoid what could be a waste of marketing efforts.

“For instance, you know I’ve just been to Bali. I’ve been boasting about Bali (in Facebook) and I just got back from Bali. Then why are you giving me an offer to Bali?” he said.

Similarly, he said it was a no-no to launch dining promotions at 10 p.m. or midnight when people are getting ready to hit the sack.

Ahmed stressed that top social brands like Twitter, Google, Starbucks give consumers what they want when they want it.

“Big data is dead data unless you use it now,” he said.

One successful social media campaign by MasterCard cited during the innovation forum was one recently done in India, riding on the popularity of Mary Kom, a 2014 biographical sports drama film based on the life of an Indian boxer. It was released earlier this month and premiered at the Toronto International Film Festival 2014.

Finding that conversations about Mary Kom have gone viral in India, MasterCard immediately secured the rights to use the poster of Mary Kom for its Facebook page to drive its “The Real VIP Justin Timberlake Campaign.”

Knowing about strong family ties among Indians, the promo encourages people to post a story—whether by photo, video or text—about a very important person in his or her life. This was for a chance to win a “priceless” surprise—a trip for two to Sydney to watch Justin Timberlake at the 20/20 Experience World Tour, covering return flight tickets to Sydney, lodging for three nights, two VIP tickets to the concert and a $500 loaded MasterCard branded prepaid card.

Wowed by the results, the merchant that owns the film rights gave MasterCard exclusive rights to all its posters in the months to come.

With the help of social media, the new platform seeks to find out what’s working and what’s not working and establish an immediate dialogue with a merchant that can benefit from what’s top-of-mind among consumers at the moment and share data and analytics and within 12 hours, create a campaign that will have an emotional spark and make a business proposition out of it.

“It’s bringing marketing and business people together in the same room, and giving them the right tools to make that investment decision,” Ahmed said.