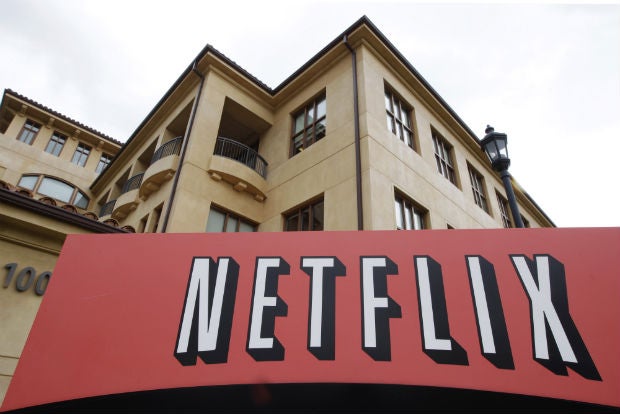 In this Oct. 10, 2011 file photo, the exterior of Netflix headquarters is seen in Los Gatos, Calif. Internet providers shouldn’t be allowed cut deals with online services like Netflix or YouTube to move their content faster, and should be regulated more like phone companies, President Barack Obama said Monday in an announcement that was swiftly rejected by industry. AP

WASHINGTON — President Barack Obama on Monday embraced a radical change in how the government treats Internet service, coming down on the side of consumer activists who fear slower download speeds and higher costs but angering U.S. cable giants who say the plan would kill jobs.

Obama called on the Federal Communications Commission to more heavily regulate Internet providers and treat broadband much as it would any other public utility. He said the FCC should explicitly prohibit Internet providers like Verizon and AT&T from charging data hogs like Netflix extra to move their content more quickly. The announcement sent cable stocks tumbling.

The FCC, an independent regulatory body led by political appointees, is nearing a decision on whether broadband providers should be allowed to cut deals with the content providers but is stumbling over the legal complexities.

“We are stunned the president would abandon the longstanding, bipartisan policy of lightly regulating the Internet and calling for extreme” regulation, said Michael Powell, president and CEO of the National Cable and Telecommunications Association, the primary lobbying arm of the cable industry, which supplies much of the nation’s Internet access.

This “tectonic shift in national policy, should it be adopted, would create devastating results,” added Powell, who chaired the FCC during the Bush administration until 2005.

Netflix swung behind Obama, posting to its Facebook page that “consumers should pick winners and losers on the Internet, not broadband gatekeepers.”

“Net neutrality” is the idea that Internet service providers shouldn’t block, slow or manipulate data moving across its networks. As long as content isn’t against the law, such as child pornography or pirated music, a file or video posted on one site will load generally at the same speed as a similarly sized file or video on another site.

In 2010, the FCC embraced the concept in a rule. But last January, a federal appeals court struck down the regulation because the court said the FCC didn’t technically have the legal authority to tell broadband providers how to manage their networks.

Obama said the FCC should explicitly ban any “paid prioritization” on the Internet. The president also suggested that the FCC reclassify consumer broadband as a public utility under the 1934 Communications Act. That would mean the Internet would be regulated more heavily in the way phone service is.

“It is common sense that the same philosophy should guide any service that is based on the transmission of information — whether a phone call, or a packet of data,” Obama said.

This approach is exactly what industry lobbyists have spent months fighting against. While Internet providers say they support the concept of an open Internet they want flexibility to think up new ways to package and sell Internet services. And, given the billions of dollars spent to improve network infrastructure, some officials say it’s only fair to make data hogs like Netflix bear some of the costs of handling heavy traffic.

Many Republicans including House Speaker John Boehner and Senate Republican Leader Mitch McConnell swung behind industry in denouncing the plan as government overreach.

On Monday, as the Standard & Poor’s 500 index edged up slightly, big cable companies slid. Time Warner Cable, Comcast, Cablevision and Charter Communications dropped 2 percent to 4 percent in the hours immediately after the announcement.

FCC Chairman Tom Wheeler, a former industry lobbyist and venture capitalist, said he welcomed the president’s comments, but suggested that his proposal was easier said than done.

“The more deeply we examined the issues around the various legal options, the more it has become plain that there is more work to do,” Wheeler said.

The FCC isn’t under a deadline to make a decision.

The president’s statement all but guarantees that the major cable companies will spend the next few months trying to encourage Congress to step in to protect their interests. Still, Internet activists are hoping it will go a long way, even as his popularity among his party has waned.

“When the leader of the free world says the Internet should remain free, that’s a game changer,” said Sen. Edward Markey, a Democrat.