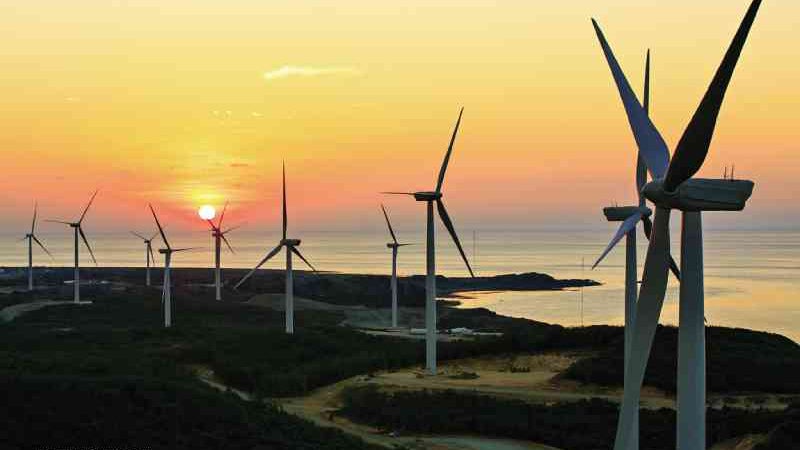 THESE are some of the 50 windmills of the Burgos Wind Project that are expected to generate enough electricity to power a million households every year. CONTRIBUTED PHOTO

BURGOS, Ilocos Norte—Strong and steady winds blowing year-round in the northern tip of Luzon mainland have solidified the reputation of Ilocos Norte province as a major player in renewable energy production, especially with the commissioning of a 150-megawatt wind power plant in this town.

The Burgos Wind Project (BWP), touted as the largest wind farm in Southeast Asia, has produced at least 9 gigawatt-hours of electricity, worth approximately P40 million, since its commissioning on Oct. 31, project proponents said. The facility has 50 wind turbines operating on a 600-hectare forest land covering Barangays Saoit, Poblacion and Nagsurot here.

“The operation is doing well. We were able to meet the hurdles set by the Department of Energy that all 50 wind turbines have been commissioned properly. We also have a connection to the NGCP (National Grid Corp. of the Philippines),” said Richard Tantoco, president and chief operating officer of Energy Development Corp. (EDC), the wind farm operator.

EDC is the first company to avail itself of the feed-in tariff granted by the government that guarantees the firm a cost-based compensation of P8.53 fixed rate per kilowatt-hour.

The feed-in tariff is a policy that offers a guarantee of payments to project owners for the amount of renewable electricity they produce, access to the grid and long-term contracts.

The Renewable Energy Act of 2008 (Republic Act No. 9513), among other things, prioritizes connections to the grid for electricity generated from emerging renewable energy resources, and the purchase and transmission of and payment for such electricity by the grid system operators.

EDC said it invested $450 million to develop the Burgos project operated by EDC Burgos Wind Power Corp., and had closed a $315-million financing deal to operate the facility.

“The objective of wind power is to displace oil and bunker [fuel], which run an average of P10 to P27 per kWh in the Philippines,” Tantoco said.

At the peak season from October to April, when the wind is strong, EDC said, it can deliver up to a maximum of 80 percent of its production to the grid.

In an earlier statement, EDC said BWP was expected to generate about 233 GWh annually and power over a million households.

It said BWP would augment the Luzon grid’s dependable capacity, which needs an additional 4,200 MW in the next 10 years due to the projected 4.5-percent annual increase in electricity demand.

RE firm gets access to perks as FIT race gains steam