Is there a right to privacy in online social networking? 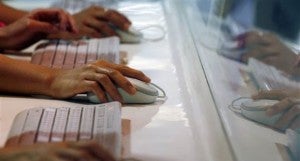 A social phenomenon nowadays is online social networking (OSN). This is exemplified by Facebook which, according to one case, “has created a worldwide forum enabling friends to share information such as thoughts, links, and photographs, with one another” (H v. W, Case No. 12/10142, Jan. 30, 2013).

When a user limits accessibility of his or her online information or data to “friends” (or other similar privacy tools in other OSN sites), does such restriction legally protect the privacy of the user?

Before answering the question, the high court, citing former Chief Justice Reynato Puno, said that there are “three strands of the right to privacy, viz: locational or situational privacy; informational privacy, and decisional privacy.”

The right to informational privacy refers to the right of individuals to control information about themselves.

In the Vivares case, several high school students of the St. Theresa’s College were not allowed to graduate because they were seen drinking liquor in public places and wearing revealing outfit in public places in violation of the school’s rules. The evidence consisted of photos shown by the “friends” of the students to the school authorities. They claimed that their right to privacy was violated, pointing out that they limited access to their photos to their “Friends.”

The Supreme Court ruled against the students, stating that “setting a post’s or profile detail’s privacy to “Friends” is no assurance that it can no longer be viewed by another user who is not Facebook friends with the source of the content. The user’s own Facebook friend can share said content or tag his or her own Facebook friend thereto, regardless of whether the user tagged by the latter is Facebook friends or not with the former. Also, when the post is shared or when a person is tagged, the respective Facebook friends of the person who shared the post or who was tagged can view the post, the privacy setting of which was set at ‘Friends’.”

The court added: “To illustrate, suppose A has 100 Facebook friends and B has 200. A and B are not Facebook friends. If C, A’s Facebook friend, tags B in A’s post, which is set at ‘Friends,’ the initial audience of 100 (A’s own Facebook friends) is dramatically increased to 300 (A’s 100 friends plus B’s 200 friends or the public, depending upon B’s privacy setting). As a result, the audience who can view the post is effectively expanded—and to a very large extent.”

But what if the students limited access to their photos only to themselves (“Only Me”) or designated individuals (“Custom”), would they have been considered as having lost their right to privacy?

The Vivares case did not answer the question as it was not directly in issue. However, according to my two Ateneo law student sons who are online fanatics, the Supreme Court made some pronouncements that should be welcome news to the online community. While the court cited comments that reasonable expectations to informational privacy as “wishful thinking” nowadays given “the millions of OSN users” the court categorically stated that “having an expectation of informational privacy is not necessarily incompatible with engaging in cyberspace activities, including those that occur in OSNs.” They also point out to me the following statement: “with the availability of numerous avenues for information gathering and data sharing nowadays, not to mention each system’s inherent vulnerability to attacks and intrusions, there is more reason that every individual’s right to control said flow of information should be protected and that each individual should have at least a reasonable expectation of privacy in cyberspace.”

Indeed, according to them, court stated that the utilization of privacy tools is “the manifestation, in cyber world, of the user’s invocation of his or her right to informational privacy.” Otherwise, “using these privacy tools would be a feckless exercise, such that if, for instance, a user uploads a photo or any personal information to his or her Facebook page and sets its privacy level at “Only Me” or a custom list so that only the user or a chosen few can view it, said photo would still be deemed public by the courts as if the user never chose to limit the photo’s visibility and accessibility. Such position, if adopted, will not only strip these privacy tools of their function but it would also disregard the very intention of the user to keep said photo or information within the confines of his or her private space.”

So there you are. The highest court of the land has given some guidance on what you can do to safeguard your right to privacy in this online social networking environment.

Ultimately, the choice is yours but, as my two lawyers wannabes point out, be ready to suffer the consequences of your choice.

(The author is a senior partner of the Angara Abello Concepcion Regala & Cruz Law Offices or Accralaw and a law professor in the Ateneo de Manila University. The views in this column are exclusively his, and should not be attributed in any way to the institutions with which he is currently affiliated. Questions and comments on the column may be e-mailed to [email protected].)