Actress Ruffa Gutierrez said “We want #Pacquiao vs Mayweather” while television host Bianca Gonzalez said that Pacquiao will be considered “forever” as the “People’s Champ.”

Meanwhile, Pacquiao’s mother, “Mommy” Dionisia, also caught the attention of the netizens, with some saying that the victory of Pacquiao will mean a new bag for her.

Pacquiao fought Algieri for 12 rounds with the American boxer falling to his knees for six times. 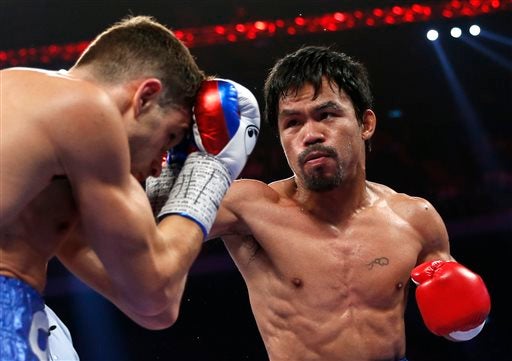