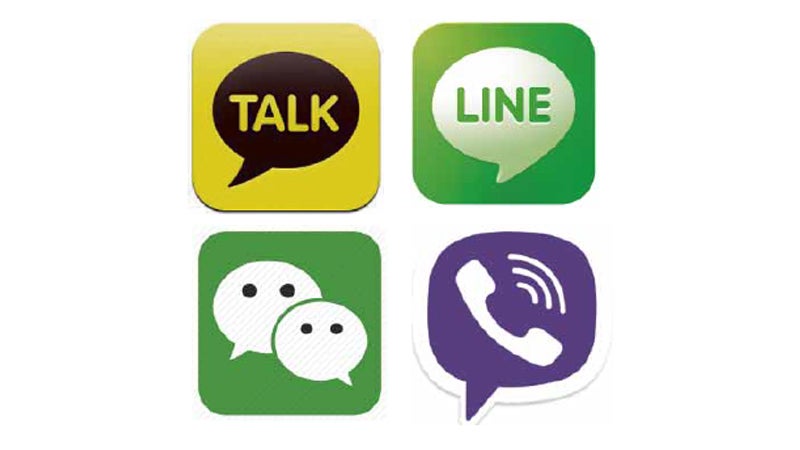 PDIONFOUR CHAT APPS The INQUIRER is now on four chat app services—KakaoTalk, Line,WeChat and Viber.Whichever of these smartphone applications you are using, you can receive from the INQUIRER updates on the weather, traffic and major breaking news via SMS that can be added with infographics and images.

You can now get free news updates from the Inquirer with the same smartphone chat applications you use to keep in touch with family and friends.

“We’ve had SMS alerts for several years now so when we saw more people using chat apps to send messages, we felt it was a natural extension to get into them,” said JV Rufino, Inquirer director for mobile.

Rufino has worked closely with the group’s mobile development arm, Inquirer Megamobile, to set up the Inquirer’s presence on the chat apps.

The Inquirer is the only Philippine news organization on four major chat app services (KakaoTalk, Line, WeChat and Viber), attracting about 300,000 subscribers or followers.

Rather than use a regular mobile number, the Inquirer has an official or subscription account in its name on these chat services.

“We felt that an official account was the most credible way for us to be present on chat apps,” Rufino said.

Getting updates from the Inquirer on these chat apps is easy.

For KakaoTalk, select Inquirer from the list of “Plus Friends” accounts.

For Line, select Inquirer from the list of official accounts.

For Viber, select Inquirer from the list of public chat accounts (your version of Viber has to be version 5.1 and above for public chats to be available).

For WeChat, go to the subscriptions section and select Inquirer from the list of subscription accounts.

Following the Inquirer accounts and receiving messages are free but the chat apps do need either a cellular data plan or WiFi to operate.

Through these official subscription accounts, the Inquirer sends updates on the weather, traffic and major breaking news to followers on their smartphones—a gadget they take nearly everywhere and use nearly all the time.

“All our other platforms are ‘pull platforms’ in that you have to go to them to get the information. With chat apps, the alerts come to you and that’s especially important for urgent news,” Rufino said.

The chat apps also let the Inquirer send images and other media to enhance the information reaching subscribers.

“With SMS, we were limited to text but with chat apps we can also add infographics and images, which are quite useful. For example, an alert on a large fire can include an infographic showing the different fire alarm levels and what they signify. Flood and rainfall warnings can also be added in the same way,” he said.

Rufino has presented the Inquirer’s use of chat apps at international conferences in Jakarta and Singapore.

He said the presentations drew a great deal of interest as younger readers, wary of the frequent privacy policy tweaks on major social networks, were turning to chat apps as a means to communicate privately with small groups of friends.

“More and more, people are viewing the social networks as their own personal public relations offices; private conversations with small groups of friends or family take place in chat apps,” he said.