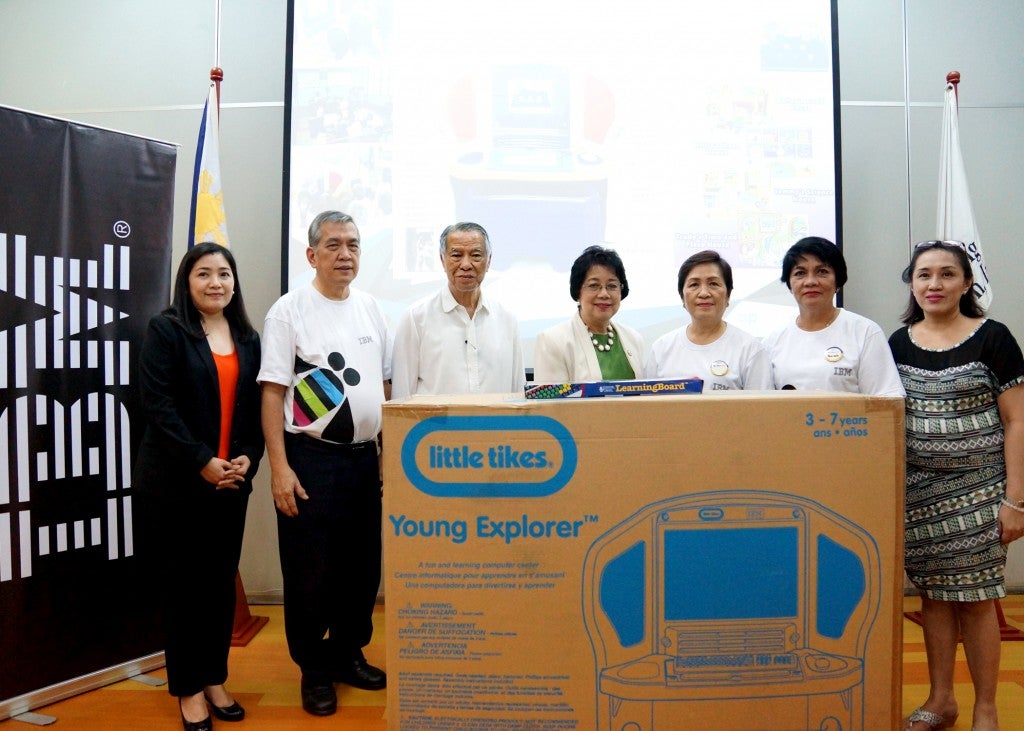 MANILA, Philippines–Seven sets of Kidsmart computers designed to make pupils from  kindergarten to Grade 3 better understand and appreciate English,  Math, Science and Geography were recently turned over by IBM  Philippines, in coordination with the Foundation for Upgrading the  Standard of Education (FUSE), to several public schools in Leyte and Sorsogon provinces.

This brings to 25 the number of Kidsmart computers turned over to  state-owned schools in the two provinces. Eighteen sets were turned  over last May to several Leyte schools through the joint efforts of  Leyte Rep. Lucy Torres-Gomez, IBM and  FUSE.

“The project integrates technology in early childhood education  and helps make learning more kid-friendly. We thank  IBM for helping  FUSE  in its mission of raising our country’s standard of education,”  said Dr. Lucio C. Tan,  FUSE  founder and vice-chairman, during brief ceremonies at the  FUSE  Learning Center for Teachers in Ermita, Manila.

Each costing P250,000, the computer sets contain software for early  learning with instructional materials showing cartoon characters,  colored keyboards and a furniture set.  The program was designed to be  interactive with two kids using the computer simultaneously.

Agnes Africa, IBM Philippines’ country manager, urged the private  sector to be more involved in pushing government’s education  program. “Everything starts with basic education and the quality of it  will spell the difference,” she said.

Escudero, widow of former Sorsogon Rep. Salvador Escudero III, who  served as  FUSE  president since its founding in 1994 until his  death two years ago, said in brief remarks that “FUSE  has  been part of her life,” since her late husband joined the group.

“When you use the five senses in education,  mas matututo ang bata.  This is what the program aims for, an innovative way of teaching our  kids,” she added.

Under the 2011 memorandum of agreement between IBM and  FUSE, the Foundation would identify and nominate schools that maybe qualified to participate in the program; assist IBM in identifying elementary and secondary school teachers who will participate in  the project; and allow the multinational firm to utilize three hours  of the  FUSE  five-day content training to train  FUSE  participants  involved in the project.