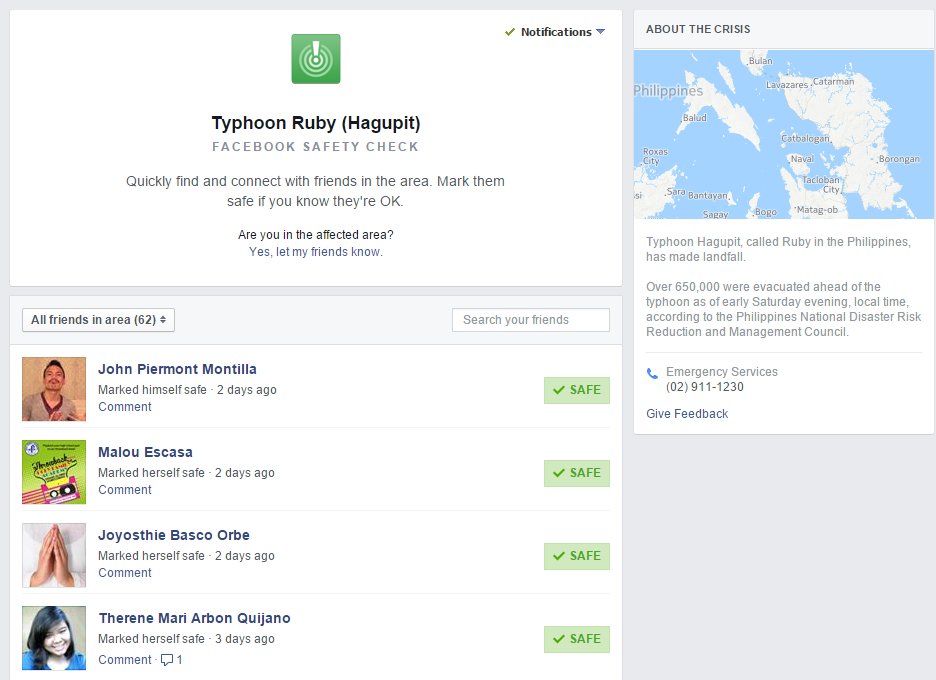 Users in areas along Ruby’s path were able to simplify the process of communicating their condition by clicking “I’m Safe” which generated a newsfeed story about their update. Users may also mark their friends as “safe.”

The tool is automatically enabled for users detected to be in the affected areas based on the cities listed in their profiles, the last city they were located or the location where they are using the Internet.

Should Facebook get the location wrong, a user can mark that he is outside the affected area.

Only friends can see a user’s safety status and his comments while users who are not affected by the disaster may simply check on their friends’ status on a dedicated page.

Facebook describes the tool as “a simple and easy way to say you’re safe and check on others.”

In a statement, the company said it recognizes the critical role of communication and technology in times of disasters.

“Unfortunately, these kinds of disasters happen all too frequently. Each time, we see people, relief organizations and first responders turn to Facebook in the aftermath of a major natural disaster,” the statement said.

Developed and initially used in Japan during the 2011 earthquake and tsunami that affected 12.5 million people, the tool is now available worldwide on Android, iOS, feature phones and desktop.